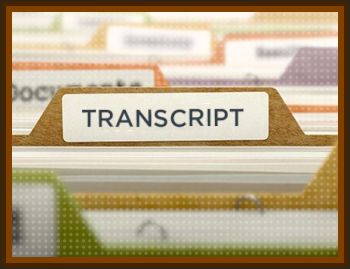 Text of radio communications between FAA and 2 commercial aircraft in the vicinty of Long Island, NY.

Lufthansa: Affirmative, Lufthansa 405. We had opposite traffic on the left wing. Can you confirm this?

Lufthansa: It should be now on our tail, about 10 miles. We passed it just one minute ago, and it was looking strange.

British Airways: Speed Bird 226 confirms that. It was just above us on our left hand side about 3 minutes ago.

FAA:What altitude does it appear to be at, Lufthansa 405?

Lufthansa: It was only 2 or 3 thousand feet above us. We are now passing Flight Level 260. That's confirmed, or not? Lufthansa.

British Airways: Speed Bird 226, we confirm that. We had something go past us about 2, well...about one to 2 thousand feet above on the left hand side. Uh, looked like a green trail on it, and a very bright light on the front of it. We assumed it was an opposite traffic.

Lufthansa: ((Garbled))..Lufthansa 405/Heavy. we are right now about 26 miles east of Hotel Tango Oscar, Hampton? And the Speed Bird is now ahead, or behind us, or where?

Lufthansa: That was not our traffic. Lufthansa 405/Heavy.

FAA:Lufthansa 405, roger. And the heading of the traffic, was it the same direction, or opposite direction?

FAA:Roger. Did it pass off your right side?

British Airways: Yea, Speed Bird 226 confirms that. We saw the same thing. It certainly looked like an aircraft initially, but it may not have been one. Lufthansa: We can't tell then?? It was looking very strange, with a long, uh, light, in the tail.

British Airways: Yea, a big bright white light on the front, and a greenish tail coming out the back.

Lufthansa: Can you confirm this, Lufthansa 405/Heavy.

British Airways: It was overhead and off to the left, much the same as ((garbled)). It actually looked about, opposite traffic, 2000' above. That's what it initially looked like. But then it did have a very strong trail to it, a vapor trail, which looked more like smoke. And the light on the front was very, very bright, and as it went past us, it seemed to just disappear and went 5 miles behind us.

FAA:Roger. Lufthansa 405, how far off to your side did that pass, the traffic pass?

nt size="3" color="#ADFF2F">Lufthansa: It was pretty close, and like Speed Bird said, it looked like 3,000' or 4,000' above on the left wing, just one mile and, uh, on opposite track. It doesn't have, it didn't have any uh, lights, normal lights, beacon lights, or red or green lights. Only a white light in the front, and with a long green light. It looked like a UFO.

FAA:Lufthansa 405, roger that. Like I said, we had nothing flying in the area. You are just north of a military operating area, but the traffic shouldn't have varied out that far out, out of the area.

Lufthansa: Must have been a military. Lufthansa 405/Heavy.

FAA:Hey, you got anything flying out in the area?

FAA:Well, I just received a couple of UFO reports.

FAA:Yea, I had a couple of guys that reported lights, just moved all over their heads. I have no traffic whatsoever in the area. They said it passed within a mile of them, like at 2,000' to 3,000' above them, opposite direction. ***Garbled*** green trail out the back.

GK: It could have been a meteor, or something.

FAA: ***Garbled*** Yea, it could have been that, it passed within a mile of them.

GK: Who reported that?

FAA:Well, I got Speed Bird and Lufthansa.

GK: No, we don't have any aircraft out there.