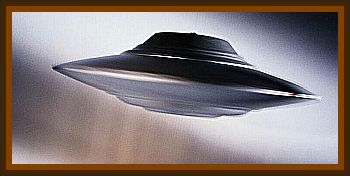 The freckle faced Grade 6 student snapped a picture of what he is convinced was an Unidentified Flying Object, a round silver colored craft that made a soft buzzing sound outside his apartment.

David was talking to a friend in an apartment complex when he said he noticed 2 RCMP officers standing in the building’s parking lot, pointing in the sky towards the East.

It just went round and round in a circle, up and down, and then took off super fast in the sky, David said.

For the past 10 days, 11 year old David Knutsen of Surrey has kept the biggest secret of his life locked inside his Kodak Instamatic camera.

The UFO shot he took was the first picture on a 20 picture roll and David’s father, a construction worker, wouldn’t let him develop it until the other 19 pictures were taken. David finished the roll last weekend and received his negatives Friday.

I wasn’t that excited honestly, said his father. You know how kids are. I really didn’t believe it, but then I saw the picture and it was so good.

The color snapshot, taken at 4:00 p.m. after David returned home from Old Yale Rd. elementary school, depicts a circular, almost black object with a sharp but narrow blue glow around its exterior.

There were no other distinguishable markings on the craft which he estimated was about 400' away at its closest point. The whole episode lasted only seconds, according to David. RCMP Sergeant Arnold McPherson said today he didn’t know the names of the officers David claimed to have seen watching the object.

No UFO reports were filed by anyone in the police station and no one had made any mention of sightings, he said.

An air traffic control spokesman at Vancouver airport said his log book showed no unaccounted for objects on ATC radar screens on October 15. The Rescue Coordination Centre in Victoria also said it had no reports of unidentified flying objects that day.

Knutsen described his son as a boy with an interest in UFOs. David said he had been reading library material on the mysterious craft but swears the October 15 sighting from his kitchen window was authentic.

It wasn’t no round airplane, I know that, he said. A blazing white unidentified flying object which was described as roaring like a jet aircraft was reported by an RCMP officer in Turner Valley, Alberta, 2 days before David claims his UFO appeared in Surrey. David was unclear about the UFOs size. He said it was roughly 50' in diameter but that its super speed prevented him from being sure. The only light he saw was the sun gleaming off the craft, he said.

At 4:00 p.m. on October 15, 1974, a young man called David Knutsen noticed from his apartment window in Whalley, 2 RCMP officers. These men were in the parking lot watching the sky. Looking in the same direction David saw a disk shaped object. Having recently received a camera for this birthday he used it to take a rather impressive picture that a short time later was displayed on the front page of the Vancouver Sun.

However, on further inquiry it was declared that no police officer had viewed this craft. Not believing this statement I placed an advertisement in a local Surrey newspaper seeking further additional witnesses. In 4 days I had 16 phone calls. No one wanted to talk for 5 minutes, they all wanted to talk for hours, principally about their own sightings or experiences. Not one of them was able to confirm what David had seen and photographed, apart of course, from the non existent police officers.

After the fifth phone call I realized that most of these calls were coming from an area between Scott Road, 120th Street, and King George Highway, 134th Street. Both of these roads are principal thoroughfares running North to South and are parallel. The distance separating them is approximately 2 miles. More significant is the fact that right down the center of this area are hydro transmission lines and sub stations. Although these are purely arbitrary boundaries the fact remains that from then on we researchers became acutely aware of the existence of the Surrey Corridor, as it later became known.

Scott Road is the North Delta/Surrey boundary. Remarkably, the majority of our local reports over the past 20 years have been reported from the East side of 120th Street. Almost no reports come in from South Delta/Ladner/Tsawwassen area, which, strangely enough, have their own noticeably outstanding set of Hydro transmission lines. Not only are the reports we receive constant in number, but quite varied in content.

Daylight sightings are frequent, I myself witnessed a white disk in the sky one Sunday morning, whilst I and my wife visited an ailing friend. This was from close to Bear Creek Park where many reports seem to emanate.

The night the Persian Gulf War officially ceased we had a report of 2 triangular shaped objects cross King George Highway at the 9th floor level of a 13 story apartment building. Another remarkable feature of this area is the large number of visitation/abduction stories that have emerged from around the Bear Creek Park and Newton area.

Predictably, we find that many of the unfortunate experiencers live close to or alongside either transmission towers or electrical substations. It is also a noticeable fact that numerous reports emerge from the Guildford area which is probably around 2 miles East of the imaginary boundary line of King George Highway, as the UFO flies. In the past 22 years I have met and heard from a great many people, young and old, who recount sightings of their own that have taken place within the described corridor, certainly over 100.

All this came about because of an alert young man and his birthday gift.

Incidentally, a closer examination of David’s photograph appears to show a 2nd object located higher in the sky. Thinking back on this chain of circumstances, I can’t help but speculate as to whether that was the very first? and very last? sighting that David had.