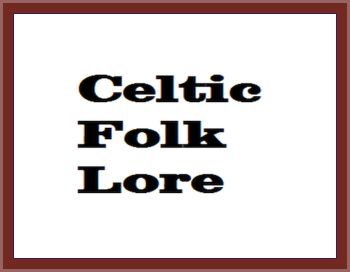 In folklore, a will-o'-the-wisp, will-o'-wisp or ignis fatuus, Latin for giddy flame,plural ignes fatui, is an atmospheric ghost light seen by travelers at night, especially over bogs, swamps or marshes.

The phenomenon is known in English folk belief.

English folklore and much of European folklore by a variety of names, including jack-o'-lantern, friar's lantern, hinkypunk and hobby lantern and is said to mislead travelers by resembling a flickering lamp or lantern.

In literature, will-o'-the-wisp metaphorically refers to a hope or goal that leads one on but is impossible to reach or something one finds sinister and confounding.

St. Louis Light in Saskatchewan, The Spooklight in Southwestern Missouri, Marfa Lights of Texas, the Naga Fireballs on the Mekong in Thailand, the Paulding Light in Upper Peninsula of Michigan and the Hessdalen Light in Norway.

While urban legends, folklore and superstition typically attribute will-o'-the-wisps to ghosts, fairies or elemental spirits, modern science explains them as natural phenomena such as bioluminescence or chemiluminescence, caused by the oxidation of phosphine, diphosphane and methane produced by organic decay.

The term will-o'-the-wisp comes from wisp, a bundle of sticks or paper sometimes used as a torch and the name Will, thus meaning Will of the torch. The term jack-o'-lantern originally referred to a will-o'-the-wisp.

In the United States, they are often called spooklights, ghostlights, or orbs by folklorists and paranormal enthusiasts.

The Latin name ignis fatuus is composed of ignis, meaning fire and fatuus, an adjective meaning foolish, silly or simple, it can thus be literally translated into English as foolish fire or more idiomatically as giddy flame.

Despite its Latin origins, the term ignis fatuus is not attested in antiquity and what the ancient Romans called the will-o'-wisp may be unknown.

The Latin word fatuus is not related to the word fate, which is from Latin fata, in turn the plural of fatum, which in Latin has a different pronunciation of the letter a in the stem. Instead, in English it is directly related to the word infatuate.

Folk belief attributes the phenomenon to fairies or elemental spirits, explicitly in the term hobby lanterns found in the 19th century Denham Tracts. In a book, one author provides an extensive list of other names for the same phenomenon, though the place where they are observed, graveyard, bogs, influences the naming considerably.

When observed in graveyards, they are known as ghost candles, also a term from the Denham Tracts.

The names will-o'-the-wisp and jack-o' lantern are used in etiological folk tales, recorded in many variant forms in Ireland, Scotland, England, Wales, Appalachia, and Newfoundland.

In these tales, protagonists named either Will or Jack are doomed to haunt the marshes with a light for some misdeed.

One version from Shropshire is recounted by Briggs in A Dictionary of Fairies and refers to Will Smith. Will is a wicked blacksmith who is given a second chance by Saint Peter at the gates of heaven, but leads such a bad life that he ends up being doomed to wander the Earth. The Devil provides him with a single burning coal with which to warm himself, which he then uses to lure foolish travellers into the marshes.

An Irish version of the tale has a ne'er-do-well named Drunk Jack or Stingy Jack who, when the Devil comes to collect his soul, tricks him into turning into a coin, so he can pay for his one last drink.

When the Devil obliges, Jack places him in his pocket next to a crucifix, preventing him from returning to his original form.

In exchange for his freedom, the Devil grants Jack ten more years of life.

When the term expires, the Devil comes to collect his due. But Jack tricks him again by making him climb a tree and then carving a cross underneath, preventing him from climbing down.

In exchange for removing the cross, the Devil forgives Jack's debt. However, no one as bad as Jack would ever be allowed into heaven, so Jack is forced upon his death to travel to hell and ask for a place there.

The Devil denies him entrance in revenge but grants him an ember from the fires of Hell to light his way through the twilight world to which lost souls are forever condemned.

Jack places it in a carved turnip to serve as a lantern. Another version of the tale is Willy the Whisp, related in Irish Folktales by Henry Glassie.