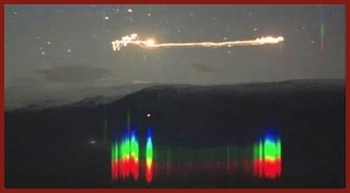 Hessdalen is a small valley in the central part of Norway. At the end of 1981 through 1984, residents of the Valley became concerned and alarmed about strange, unexplained lights that appeared at many locations throughout the Valley.

Hundreds of lights were observed. At the peak of activity there were about 20 reports a week. As no official institute with governmental support in Norway seemed to be interested in these strange lights, 5 individual researchers began their own research project in 1983, Project Hessdalen.

Lights are still being observed in the Hessdalen Valley, but their frequency has decreased to about 20 observations a year. An automatic measurement station was put up in Hessdalen in August 1998.