Another UFO Encounter in Germany 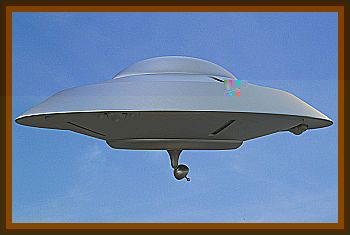 Braunschweig is the place that we British know as Brunswick.

The local paper, Braunschweiger Zeitung, carried a report that a local artist, the 72 year old Herr Erwin Lohre, had had a very unusual experience with a UFO.

Two years later I managed to interview Herr Lohre. What he had to tell me was more astounding than science fiction. He took me out on to the balcony from which he had had the sighting. Here is my account of the interview:

A few minutes before 12:30 a.m. I was awakened by a stabbing pain in the area of the spine. I at once took a painkilling tablet and lay down again. Meanwhile, my wife had also awakened, simultaneously.

We heard a clear humming sound coming from the sky. After 3 or 4 seconds this noise, which seemed metallic, as though produced by a centrifugal force, grew louder, and then, through the bedroom window, we saw a bright round shining object stationary at a height of some 30' or so above the birch trees to the east.

Herr Lohre showed me the spot. The birch tree below the UFO had been burnt in the episode, and indeed has not yet fully recovered today, as its leaves are turning curly and falling already, although it is still summer.

Lohre: There was a full Moon at the time. But despite that, our bedroom and the terrace outside was lit by something even more powerful than the moonlight, a bluish/white color like neon lighting. At the same time we both felt a strange metallic sort of taste on our tongues.

Up till then I had scarcely even given a moment’s thought to UFOs, but it was now immediately quite clear to me that 1 was looking at an unknown flying object, and I said to my wife:

Look! See what it is. They are going to land here.

Being a former fighter pilot myself I wanted of course to see what was going on. But when 1 tried to stand up, I found that I couldn’t move, and with my wife it was just the same. We were both totally paralyzed. Also our 2 kittens, which sleep on the foot of the bed, were both sitting there, bolt upright, and looking as though turned to stone.

Dr. Hattwig: What were your feelings? Were you scared?

Lohre: I didn’t get frightened because I was so completely spellbound by the event. If anything my feeling was rather one of annoyance because I was immobilized and unable to get to the window. But my wife was more scared. And afterwards she had a thorough fit of the shakes.

The eerie apparition lasted altogether about 40 seconds or so, and then the vivid light ended abruptly. Then, some 30 or 40 seconds later, we saw the UFO fly over our bedroom window in a westerly direction and vanish.

Simultaneously the paralysis ended for both of us. My wife was too upset to be able to sleep any more, and so was I. Then, about half an hour later, we heard the same sound again, coming from the other direction. Our bedroom has windows on both sides, and so we got a full view of the UFO for the first time. From a distance of about 100' we watched it flying straight towards us. Again we heard the same sounds as before, and for about 6 seconds or so we could see its shape absolutely clearly. Then, just as the disk which I estimated to be about 30' wide, was nearly right over us, something quite unbelievable happened, it simply dissolved into thin air, between ⅒ of a second and another, and it was gone, without any transition. I sat down straight away and made a few sketches.

Herr Lohre showed me the view from the bedroom window and I photographed it so as to be able to make a photomontage later with my main sketch.

Dr. Hattwig: Do you know whether anyone else besides you and your wife saw the UFO?.

Lohre: After the newspaper had published the report on it, 25 people contacted me, including one whole bowling team who had been travelling home at the time. Unfortunately none of them were prepared to go public as eyewitnesses.

Dr. Hattwig: Did you have the impression that the UFO was seeking you personally?

Lohre: Absolutely! For it was hovering there right beside my bedroom window, as though they knew exactly where I was. It is true that my wife and I were both paralyzed, but unlike me she felt no pain in the spine.

Dr. Hattwig: How do you explain that pain?

Lohre: Well now, I’ll tell you something else, the next day, at 4:00 p.m., my wife and my daughter and I, who were all in different rooms at the time, saw a light like a photo flash in front of our TV sets, accompanied by a crackling sound. Then, an hour later, phenomenal discharges came from the TV sets downstairs. Furthermore, we found that our computer had packed up. We never found any reason for that, and it has never happened again since.

Then, at about 10:00 p.m. suddenly a tremendous banging started up inside our wardrobe, as though somebody was shut in there. But despite all our efforts and our searching, we could find absolutely no reason for the noise. And every time that we opened the wardrobe, the banging stopped. On and off the eerie happenings went on for a further 8 weeks, and disturbed us badly.

While Herr Lohre and I were chatting, the wife and daughter arrived and they both confirmed his statement on all the happenings.

Lohre: After the encounter I had constant pain in the spine, and, a week later, using a mirror, I discovered on my spine, at the level of the buttocks, 2 red marks, about ¾" apart. I went to see a doctor, who then found 2 black spots below the skin. He applied an ointment, and he referred me for a CAT scan, Computer tomography, but before I was able to go there 2 little black lens shaped things came out of my back. I put them away very carefully, to show them to the doctor, but by the 2nd day following they had simply evaporated.

Dr. Hattwig: What’s your explanation for the little black things?

Dr. Hattwig: Have you ever heard anything about UFO abductions?

Herr Lohre eyed me with an unbelieving look. As he was to admit to me later, such an idea was utterly new to him, and up till then he had never heard of anything of the sort.

Lohre: I did read about it later on, and I did play around for a while with the idea of undergoing hypnosis, but so far I haven’t taken that step.