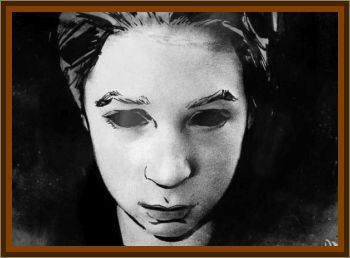 I am a 47 year old woman. The day in question was a normal day for me. I am an apartment manager with over 20 years experience and open my door to strangers every day.

Sometimes I don't like the looks of the people that come to my door to see available apartments, but I will still make myself available to show the ready and empty apartments to rent.

On this day, however, I was not willing to even step out of my office door to show to the very creepy young kid who had knocked at my door.

He had come in the early afternoon and knocked on my office door. I opened the door to see who it was. He was young guy of about 17 or 18, approximately. He asked me about an open apartment for rent. I remember feeling very scared and shaken by his appearance. He did not look weird by his dress or such. It was his eyes. I remember feeling the hair on my neck stand up, and I was shaking just from looking in his eyes.

I have never felt like this before in all the years I have done this job. I could not look him straight in the eyes. I felt like I was about to die. My instincts told me this.

I noticed he was on a bicycle, not in a vehicle. He was not moving toward me or anything, but he was just waiting for me to invite him in or take him to the empty unit. Now, some people may think that I was just over-reacting or something, but the eyes were completely black, like there was no real pupil.

He spoke normally to me, but I had to just shut the door in his face and get as far from him as I could. I felt like I was in extreme danger. Only because of the eyes. I think if I had looked any longer into them, I would have not been able to shut that door.

I shook for hours after that. I called my daughter at work and told her about it. She told me about the black eyed kids. I am still afraid of that image of his eyes.

The black eyed kids are some young kids that try and get people to invite them into their cars or homes, and the people end up dead.

There were 2 incidents that occurred in Portland, here that I heard about. I just tried to look up anything I could about them, but there isn't a lot of info on them.

Just be warned, do not allow any kids with the dark eyes inside your home or vehicles, no matter how young or persistant they are.

My daughter, who is a fan of Art Bell, told me about your site. I just felt moved to write my story.