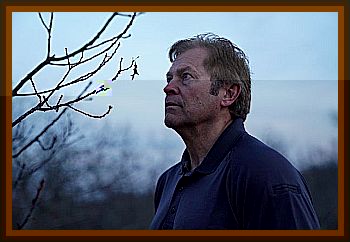 A celebrity UFO investigator from Colorado Springs thinks all the public enthusiasm recently over the viral Storm Area 51 Facebook event suggests Americans want to know more about what their government says about UFOs.

I think what we're seeing here is, my gosh, it almost seems like it's the first stage of an open public disclosure, said Chuck Zukowski. It's got so many people fired up about it since 2017 that it's become like this internet craze.

A local TV station has followed Zukowski before on some of his investigations into animal mutilations in El Paso County and the San Luis Valley. He's since landed his own reality TV show Alien Highway which just wrapped its first season on the Travel Channel.

He's been to Nevada many times before. In fact, Chuck snapped a photo of some type of object in the sky during one of his first trips there in 1995.

The image also captured the back of an unidentified man that Zukowski later learned was some sort of security officer. He asked the man if joined him on the hike up Tickapoo Peak for surveillance purposes.

Chuck liked the nickname and used it for the domain name of his blog. In those posts, he laid out theory of that came about as a result of his investigations into animal mutilations.

Chuck had volunteered as a Reserve Deputy for the El Paso County Sheriff's Office for a number of years and as a matter of practice, was careful to jot down the latitude and longitude of the animal remains.

He then used those data points to map the locations looking for a pattern. When he added the locations from historical accounts of UFO sightings to map, Zukowski noticed a tendency to cluster near 37 degrees north latitude, or the 37th parallel.

The theory caught the attention of author who published the book:

The 37th Parallel: The Secret Truth Behind America's UFO Highway, in 2016.

Since then, Zukowski has shared his findings in episodes of the Unexplained Files on the Science Channel before filming Alien Highway earlier this year.

What has surprised him has been the increasing frequency of government disclosures about UFOs and unexplained phenomenon.

I would never expect the Pentagon coming out and saying that oh, by the way, we're funding UFO investigations, and not only that but funding it to Robert Bigelow, Zukowski said.

And then just this week, we had the Navy came out and said oh by the way, those are real UFOs.

Chuck was talking about videos released by the To The Stars Academy of Arts and Sciences in late 2017 which was formed by former Blink 182 front man Tom DeLonge. They were recorded by Navy fighter pilots and show the jet's guidance systems locking onto fast moving Tic-Tac shaped objects. In one clip, the object accelerates out of view.

The Navy confirmed the authenticity of the videos earlier this week and called the objects unidentified aerial phenomena.