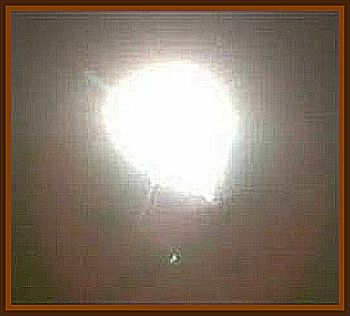 The date is approximate, but was in February or March, 1975. I was 20 years old and serving in the Army. I was stationed at Pinder Barracks, Zirndorf, Germany. Zirndorf is a suburb of Nuremburg.

We had just finished our morning daily dozen and were running in formation when I noticed a very bright ball of light no more than 300' in front of me and about 500' up. It was so bright it took several seconds for my eyes to adjust to the ambient light after it disappeared from sight.

I could not determine size or shape but estimate it to be about 50' in diameter. It just appeared to be a ball of light as bright as the sun with no distinguishable shape.

When I first saw it, it was already moving straight up at a high rate of speed and disappeared in about 2 to 3 seconds.

And pointed toward it, only to be reprimanded by the sergeant in charge for talking in ranks.

I asked a few people, but if anyone else saw it, they did not say anything to me.