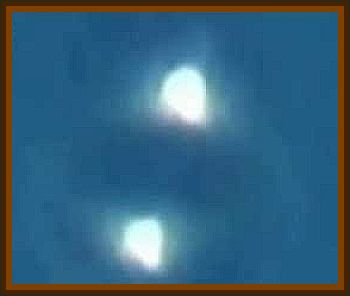 One of the witnesses, Victor A. Zdorov, again saw the dome shaped bubble like structure over the mountains between Simferopol and Alushta, to be more exact, the bubble was seen between mountains Northern Demerdzhi and Southern Demerdzhi.

We believe that this bubble or sometimes visible dome is the kind of very camouflaged energetic protective field which is periodically creating over the UFO landing zones.

Like a jump base or intermediate base for UFO landings and starts in the mountains of Crimea.

Another structure of that kind was observed in the mountains over Yalta, near Lapata Mountain, where another kind of such landing area evidently exists as well.

Besides, in February, March and April 2006, Victor Zdorov saw, for several times on the regular basis, bright flashes of bright white neon like light at the sky, absolutely not from airplanes, neither from aircraft nor from satellites, evidently of UFO nature, and also crimson like deep red colored flashes of light, sometimes, even though the clouds.