A Train, That Wasn't A Train 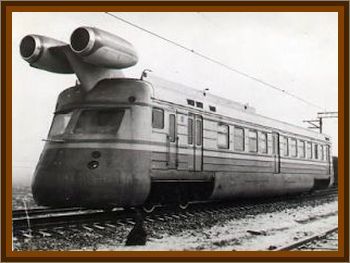 Mr. Francisco Zamora, his wife, his sister, his brother in law and two children traveled by car from Difunta Correa to the city of San Juan.

After passing the Cuesta de las Vacas they found a kind of train that crossed the route. They stopped the vehicle until the convoy finished passing.

When they resumed the march they did not find the railroad tracks. It was later confirmed that there were no railroad tracks in that place. They saw something like a railroad car, with windows and about 100' long.

It gave the impression that it was moving suspended in the air, 3' from the ground.