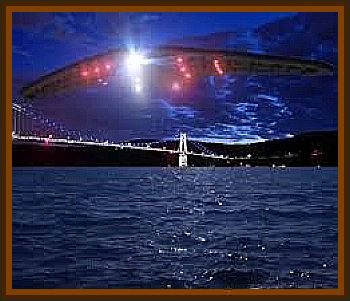 Okay, well this ship or whatever you want it call it was huge.

It was so high in the sky yet it was still big, it was in the shape of a rectangle with a bend in it kind of like a boomerang.

The lights were pulsating and me and my 2 buddies were stuck just staring at this thing.

We thought it was a laser show or something to that nature but Puerto Rico had no such event going on.

We were scared and in disbelief. my hairs all over my body were standing up. There were about 20 other people there that night and everybody was coming up with their own conclusions on what the hell was this thing.

Here we are 2006, 17 years later and this is the second time I’ve said this to anyone. Who would believe a Puerto Rican kid from Brooklyn?