Buzzed By A White Light 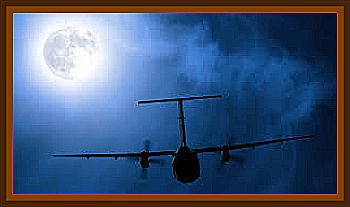 I was stationed at Yokota AFB and somewhere in the first couple days of the New Year we came to catch a C-5 and two 141s when they were buzzed by a white light.

When they tried to land the light flashed before them and stopped them from landing.

F-86s were sent out from a near by Japanese airbase.

We got on a parked aircraft and listened on the radios. The aircraft were not able to land and were sent to a marine airbase further south, they came in the next morning.