Mermaid off of Isle of Yell 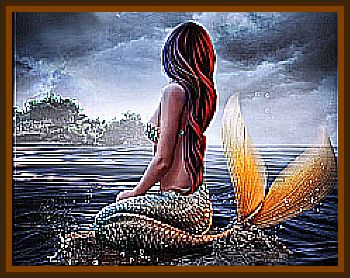 Location: Off the Isle of Yell, Scotland

6 fishermen reported that their fishing line had become entangled with a Mermaid.

They said they had kept her onboard their boat for 3 hours, and said that she was about 3' long.

She offered no resistance nor attempted to bite, but she moaned piteously.

A few stiff bristles were on top of the head, extending down to the shoulder, and these she could erect and depress at pleasure, something like a crest. She had neither gill nor fins and there were no scales on her body.

The men, who were very superstitious threw her overboard eventually and said that she dove in a perpendicular direction.