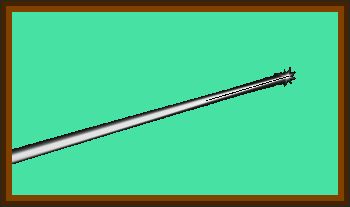 I was camping with my mother at Gavins Point Dam near Yankton. SD.

We were in the first camping area above the dam on the South Dakota side. I was young. it was at a time that women didn't work and many mothers and children were camping. I looked at the road across the dam to see my dad, I was looking for him to come to camp from work, and the sky which had been full daylight turned black. The sky was completely black there was no daylight.

From the sky came down a beam of light. Not like a flashlight but slowly down to the river.

The beam of light then went scanning the up the river and then the beam came back towards where it started still focused on the river. The beam went back up as it had come down and the sky became blue. Everyone at the campground was yelling UFO, UFO.

What you have just seen was a rare phenomenon in the weather, over and over.

And that night or afternoon when my dad came home from work we, my mother and I, didn't tell him what happened. We had forgotten, I think everyone forgot.

About a year later I was in Omaha, NE and I saw the movie Close Encounters of the 3rd Kind, and while watching the show I remembered. After the show I asked my mom if she remembered and she said she did but I think she was humoring me.

When In college I went to a lecture on UFOs and they talked about the beam of light. It was the first time I had heard anyone talk about it. They invited anyone that had seen a UFO to talk to them after the lecture. I wanted to but I was afraid.

Later in college I was taking a course in meteorology and they talked of rare phenomonensin the weather and I wanted to ask about what I had seen. I was still confused by the rangers then. I was to afraid to ask and also I knew sort of that it wasn't a weather phenomenon that I would have been asking about.

Sometime later I was at a UFO convention in Lincoln, NE. Stanton Friedman was there and I told him my story about what I saw and about my memory. And he said there was a lot of government in South Dakota which I still don't understand.

Besides having my memory stepped on I believe I was given a fear program. I think it was to cause me not to talk about what I saw if I did remember. The first time I told my story at the UFO bookstore to a group I was really unusually scared to say it. After I told my story for the first time there was no fear of telling it again.

I would love to hear from anyone that was camping that same day and saw it.