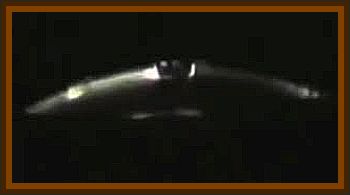 With his neatly clipped moustache and checked shirt buttoned up to his neck, 51 year old Yalcin Yalman doesn’t look like a typical trendsetter.

But the images he has filmed since 2007 from the suburban Istanbul holiday village where he works as a night watchman have helped turn UFO spotting, once the object of scorn, into a popular pastime among educated Turks.

For me it’s just a hobby, a way of passing the night, Yalman shrugged outside an Istanbul conference center where more than 1,000 people had paid $20, a handsome sum by local standards, to listen to him and ufologists from around the world reveal their latest findings.

Holding cups of watery coffee selling at an extortionate 40¢, elegantly dressed Turkish ladies with word perfect English peppered speakers from as far afield as Mexico with questions about 2012 and the end of the Mayan calendar.

Former head of the UK defence ministry’s UFO desk and a well known ufologist, Nick Pope, one of the speakers at the conference, confessed himself amazed at the turnout.

Ufology has a bit of an image problem back home, computer nerds, trainspotters, you know, he said. But that is not the sense I get here at all. And there seems to be an equal balance between men and women.

Haktan Akdogan, the organizer of last weekend’s International UFO and New Age Congress, the fourth of its kind in Turkey, put growing domestic interest in UFO sightings down to the increasingly receptive Turkish media, more sympathetic than the media in the West.

But he described Yalman’s films of bright crescent shaped objects hovering over the Marmara sea, some of them apparently with humanoid figures inside them, as a turning point for Turkish UFO studies.

These are the most remarkable images taken in Turkish history, he said, sitting in the central Istanbul office of the Sirius UFO Space Science Studies Centre, which he set up in 1997.

The authorities can no longer turn a blind eye to this phenomenon.

Increased Turkish tolerance for aliens has spread well beyond the media and the Istanbul well off.

When an alien appeared in front of a farmer outside the southwestern Turkish village of Narli in 2001, the farmer responded in time honored style:

He threw rocks until the creature shot into the air to the height of a minaret, and disappeared.

7 years later, when a UFO reappeared in the same village, it was met by cameras, not stones.

This year, however, the most striking UFO revelations have come from members of Istanbul’s showbiz scene.

A singer who represented Turkey at the Eurovision Song Contest in 1991, Reyhan Karaca, told Turkish newspapers last month how a prawn colored alien had plucked her from her bed one night and taken her on a whistle stop tour of Earth.

They were very friendly, she said of the inhabitants of the spacecraft that abducted her. We communicated using our thoughts.

A couple of days later, Hulya Avsar, a pop singer and presenter who is a household name in Turkey, told Karaca and her talkshow audience that she had seen a UFO from the balcony of her villa too.

Yalman’s images have been savaged on several ufologist websites. Pope described them as very interesting, before adding that, unless you get a proper analysis, there is a risk of misinterpretation.

Generally, though, skepticism was in short supply among ticket holders at the UFO conference. And the intensity of their belief paid off. At the end of the first day, as a crowd milled outside the World of Wonders hotel where the conference was held, a UFO suddenly appeared in the sky overhead.

“I think they were showing their support for us, we’re here, can you see, Akdogan told a TV channel that ran the footage a couple of days later.

Asked whether he is unnerved by UFOs’ apparent predilection for materializing in front of him, Yalman smiled and clicked his tongue, the Turkish equivalent of shaking your head.

I see them as the world’s policemen, up there to keep an eye on us, he said, taking a puff of his cigarette. I only wish they’d come down for a chat. Then we could drink tea and play a few rounds of backgammon.”