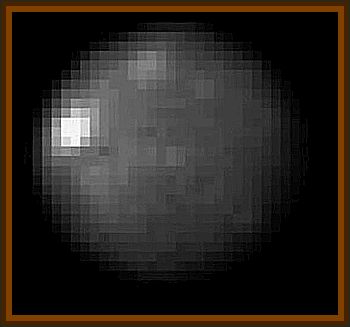 CAA communications veterans at the Yakima air field reported seeing the silver ball shaped object flying west over the city. They said it could not have been a weather balloon because it was flying against the wind.

He's 42, married with kids, devoutly Christian and holds a responsible job in the medical profession.

And, he believes that he was once beamed up to a spaceship in a flash of blue light by little gray aliens with big heads.

He knows that sounds nutty. That's why he doesn't use his real name when he talks about it.

He doesn't want any grief at work. Call him Bill.

I want to protect my kids, Bill said.

Why him? He doesn't know, but his experience lends credence to the theory held by some UFO believers that aliens are abducting people to perform medical procedures on them. That is, if the abductions are real, and plenty of skeptics contend that they aren't.

Bill's story goes back to 1967, when he was camping with 3 teen age friends in Los Padres National Forest north of Santa Barbara during Easter vacation.

They were bedded down in sleeping bags when Bill awoke near dawn only to find himself out of his sleeping bag and away from the campsite. His attention was instantly commanded by a bright light in the sky with orange and blue lights flickering at its edges.

He woke one of his friends.

I pinched him to make sure he was awake, he said. Together, they watched the strange object zoom back and forth across the sky before it was gone.

The boys cut their camping trip short that morning and went home.

We decided not to talk about this again, he said.

Over the years, he was troubled by weird dreams that left him sweaty, disoriented and scared. He began reading books about UFOs.

Finally, he underwent regressive hypnosis with Los Angeles hypnotherapist Yvonne Smith, who specializes in abduction cases. The results were startling.

He remembered 4 aliens who beamed him aboard in a moment so terrifying that he couldn't move, and blacked out. He was taken into a chamber with a glass canopy that appeared to be an examining room. Some sort of instrument painfully probed his rectum and another collected semen from him.

I know what it feels like for a woman to be raped, he said.

As far as he knows, the abduction was a onetime thing. For that, he is glad. He would wish the experience on no one.

I'm not making money out of this, he said. Nor is it easy on his marriage.

I can't talk to my wife about this. It drives her nuts.

Bill's story is similar to those of about 60 people interviewed for the 1992 book Secret Life Firsthand Documented Accounts of UFO Abductions, by UFO researcher David M. Jacobs. They underwent regressive hypnosis to recall the abductions.

Jacobs theorizes that aliens are abducting people and subjecting them to invasive medical procedures to learn about the human body, especially the reproductive system. They want sperm and eggs from humans for their own breeding program, he surmises, which could result in human alien hybrid beings.

Bill thinks that there might be something to the bizarre theory. His experience left him feeling like a rabbit in a research lab.