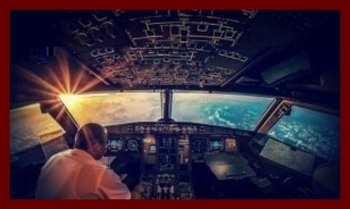 Several airline pilots have reported sighting a UFO near the southeastern Chinese city of Nanjing, a newspaper reported in Hong Kong.

The first sighting was reported by a Xiamen Airlines pilot on Monday, who said he saw a light blue object hovering past his plane while 50 miles north of Nanjing, the Wen Wei Po daily reported.

At the same time, pilots of a Shandong airline, which was some 75 miles away from the Xiamen airlines plane, also reported a similar sighting.

They described the UFO as being a white/blue skateboard shaped craft.

A pilot from another airplane, some 185 miles away, also reported a similar sighting to an airport control tower in Tonglu in Zhejiang province.

The UFO was believed to be some 44 miles above eastern Bengbu city in Anhui province.

In recent years, China has witnessed a surge in UFO sightings.