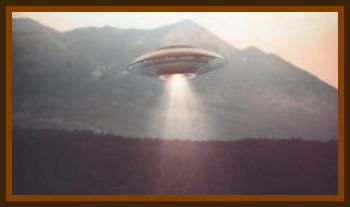 While observing the meteor shower on November 17, 2009, we noticed an object northnortheast from Wrightsville Beach, N.C., hovering over the Atlantic Ocean.

Multi colored flashing lights, including orange/yellow/red/blue, and purple changed around perimeter causing what appeared to be a spinning effect. It occasionally moved horizontally but primarily maintained a fixed position approximately 20° above the horizon.

As the meteor shower dissipated, a civilian or military aircraft flew past the object which then slowly moved away at a steep angle allowing the UFO shape to be seen more clearly.

It could be seen with the naked eye and, in more detail, through Tasco Offshore 21 7x50mm binoculars.