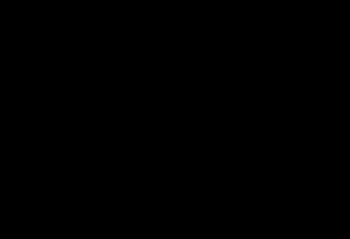 The Children of Woolpit is an ancient account dating back to the 12th century, which tells of two children that appeared on the edge of a field in the village of Woolpit in England. The young girl and boy had green hued skin and spoke an unknown language. The children became sick and the boy died, but the girl recovered and over the years came to learn English.

She later relayed the story of their origins, saying they came from a place called St Martin’s Land, which existed in an atmosphere of permanent twilight, and where the people lived underground. While some view the story as a folk tale that that describes an imaginary encounter with inhabitants of another world beneath our feet or even extraterrestrial, others accept it as a real, but somewhat altered account of a historical event that merits further investigation.

The account is set in the village of Woolpit located in Suffolk, East Anglia. In the Middle Ages, it lay within the most agriculturally productive and densely populated area of rural England. The village had belonged to the rich and powerful Abbey of Bury St. Edmunds.

The story was recorded by two 12th century chroniclers, Ralph of Coggestall, an abbot of a Cistercian monastery at Coggeshall, about 26 miles south of Woolpit, who recorded his account of the green children in the Chronicon Anglicanum, English Chronicle, and William of Newburgh, an English historian and canon at the Augustinian Newburgh Priory, far to the north in Yorkshire, who includes the story of the green children in his main work Historia rerum Anglicarum, History of English Affairs. The writers stated that the events took place within the reign of King Stephen or King Henry II, depending on which version of the story you read.

According to the account of the green children, a boy and his sister were found by reapers working their fields at harvest time near some ditches that had been excavated to trap wolves at St Mary’s of the Wolf Pits (Woolpit). Their skin was tinged with a green hue, their clothes were made from unfamiliar materials, and their speech was unintelligible to the reapers. They were taken to the village, where they were eventually accepted into the home of local landowner, Sir Richard de Caine at Wilkes.

The children would not eat any food presented to them but appeared starving. Eventually, the villagers brought round recently harvested beans, which the children devoured. They survived only on beans for many months until they acquired a taste for bread. The boy became sick and soon succumbed to illness and died, while the girl remained in good health and eventually lost her green tinged skin. She learned how to speak English and was later married to a man at King’s Lynn, in the neighboring county of Norfolk. According to some accounts, she took the name Agnes Barre, and the man she married was an ambassador of Henry II, although these details have not been verified. After she learned how to speak English, she relayed the story of their origins.

The girl reported that she and her brother came from the Land of Saint Martin, where there was no sun, but a perpetual twilight, and all the inhabitants were green like them. She described another luminous land that could be seen across a river. She and her brother were looking after their father’s flock, when they came upon a cave. They entered the cave and wandered through the darkness for a long time until they came out the other side, entering into bright sunlight, which they found startling. It was then that they were found by the reapers.

Over the centuries, many theories have been put forward to explain this strange account. Regarding their green colouring, one proposal is that the children were suffering from Hypochromic Anemia, originally known as Chlorosis, coming from the Greek word ‘Chloris’, meaning greenish yellow. The condition is caused by a very poor diet that affects the color of the red blood cells and results in a noticeably green shade of the skin. In support of this theory is the fact that the girl is described as returning to a normal color after adopting a healthy diet.

With regards to the description of the strange land, Paul Harris suggested in Fortean Studies 4 (1998) that the children were Flemish orphans, possibly from a nearby place known as Fornham St. Martin, which was separated from Woolpit by the River Lark. A lot of Flemish immigrants had arrived during the 12th century but were persecuted under the reign of King Henry II. In 1173, many were killed near Bury St Edmunds. If they had fled into Thetford Forest, it may have seemed like permanent twilight to the frightened children. They may also have entered one of the many underground mine passages in the area, which finally led them to Woolpit. Dressed in strange Flemish clothes and speaking another language, the children would have presented a very strange spectacle to the Woolpit villagers.

Other commentators have suggested a more other worldly origin for the children. Robert Burton suggested in his 1621 book The Anatomy of Melancholy, that the green children fell from Heaven, leading others to speculate that the children may have been extraterrestrials. In a 1996 article published in the magazine Analog, astronomer Duncan Lunan hypothesised that the children were accidentally transported to Woolpit from their home planet, which may be trapped in synchronous orbit around its sun, presenting the conditions for life only in a narrow twilight zone between a fiercely hot surface and a frozen dark side.

The story of the green children has endured for over eight centuries since the first recorded accounts. While the real facts behind the story may never be known, it has provided the inspiration for numerous poems, novels, operas, and plays across the world, and continues to capture the imagination of many curious minds.