A Strange Craft Coming Out Of The Woods, Above The Trees 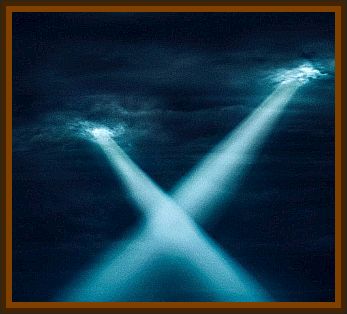 A 14 year old witness, known only as Chris F. was preparing to move from their family home in Elliot, ME, across the country to Alaska. All of their possessions were boxed up and currently in transit. The family now had just the bare essentials for the last few days before they would set off for their new home thousands of miles away.

On this particular evening, Chris was lying on his sleeping bag listening to his radio. There were no curtains on the window, so he could see events happening clearly in the immediate vicinity outside.

It was as he was staring out of the window that a black, geometric object came into view. Chris would describe it as zig zagging rapidly in the air above the tree line of the woods that crept up to the back of their home. He would estimate its distance to be 1½ times the size of a football field. The way the strange craft moved would make him think of an air hockey puck, with seemingly instantaneous changes in direction.

Although the craft was most definitely zig zagging, it was still very much moving towards their empty property. All the while it would maintain its height of around 10' above the top of the trees. The closer the strange object got, the more it resembled the general shape of a coffin. Chris would move closer to the window. But by the time he moved his focus to get a better look, the object had gone. He remained where he was for several moments, hoping it would return. Just as he went to move away, though, there it was, 40' away, hovering over the backyard.

Not quite believing his eyes, or how he could have missed the object's presence only a second ago, Chris remained still, staring outside at this strange sight. He would recall that the craft was made of metal, but a metal that was dull, like gun metal black. He could see no door or windows. In fact, he couldn't see any kind of seam or join anywhere on or around the exterior.

He did notice several protrusions which suggested, to him, that the object was some kind of machinery.

Now that it was so close, he could see was approximately the size of a car. It was a rectangular shape, but almost like a pyramid tipped over in its side with the pointed end removed. He wasn't sure if the object had changed shape now it was still, or if the way it moved previously had given the impression of a rectangle.

The object was only outside the window for a matter of 4 or 5 seconds. Then, it left in an instant. So fast was the object's departure, that Chris would struggle to locate the direction it moved in. It would leave in the opposite direction to which it arrived.

At this stage, the song playing on the radio came to an end. The DJ's voice excitedly came over the airwaves stating:

He was getting inundated with calls about some object in the air. Chris would contact the radio station, also adding his report to the apparent surge coming in.

Following the encounter, the move would go ahead as planned. Chris would never find out just what the object was. And it wasn't until over 35 years later when he would log his report of the incident. Although the Cash-Landrum incident featured descriptions of a similar pyramidic craft, that one traveled upright as opposed to tipped over.

Unfortunately, Chris can't remember what radio station he had on during the incident, other than it was a typical mainstream pop radio station. Quite possibly, there could be records of the broadcast, or at least the calls received. However, if they exist, their whereabouts and who has them is unknown.

Also worth noting, despite the close proximity of the object, no electrics, including the radio which remained playing in the background throughout, would falter. Nor were there any unusual smells to suggest an engine or fuel of some kind. Likewise, no sound emerged from the craft, nor were there any other sounds to suggest any other aircraft, conventional or otherwise, might have been in the area.

There are, however, several military bases close to the location of the sighting. Whether that last detail is of consequence is, for now, up for debate.