Pair Of Stationary Round Objects 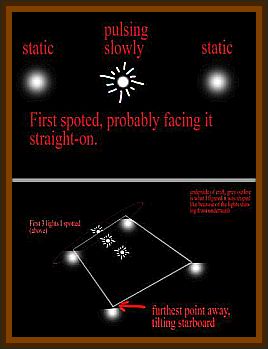 2 unmoving round objects side by side like eyes straight overhead above the view clouds that drifted under them.

They did not move and I don't remember even looking at them the second time. they were white as the clouds but not metallic shining. I was very young like about only 4 years old at the time and I am 55 now.

This was one of the two times I was a witness of UFOs.

We were poor people that had to raise as much food as we could in the summer months to have enough food for the cold winters we have here. Mom was a mother of 8 and practically alone in her endeavor to raise us. So we spent a lot of time in the large gardens we had at that time.

For the most part we ignored the objects and went back to our task of hoeing the strawberry plants growing in that particular garden plot.