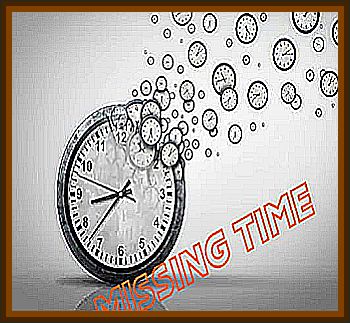 At approximately 12:05 a.m., the 2 ladies were playing around on the computer when Linda said:

We haven’t done any star gazing in a long time, so Pat, the lady who contacted me, said:

You’re right, lets go out and do some star gazing.

They left home at 12:05 a.m., heading out to an area where they would get a look at the clear night sky without having lights to obscure their view. Pat drove to Glenmore which is north from where she lives and is on the back road heading to Winfield from Kelowna, B.C. They were driving along, and Pat reported that there was quite a bit of traffic for that time of the night but after they decided to stop just off to the side of the road to see what they might notice, the traffic stopped coming. There was not a light from any vehicles, not anything other than a very dark stretch of road.

Pat grabbed her flashlight and shined it into the sky as she has done in the past. Her friend Linda had the binoculars on the other side of the car, scanning the starry night sky. They were out of the car a minute, when her Linda said:

This is really strange. There are three stars up in the sky formed into a triangle shape.

All 3 lights at this time were solid white. Both ladies watched as the lights started moving together. The witness with the binoculars said:

Stars don’t do that.

As she thought it may have been a plane or something.

No this is not a plane.

As the lights were changing color to a neon green and the object had stopped and hovered just ahead of their car.

Pat turned the headlights off, and shined her flashlight down the road in front of her car. They were worrying about animals such as a bear, cougars, being around in this isolated area. As she shined the light up the road, both of the women spotted something which frightened them a lot, 5 sets of eyes were staring at approximately 40' away from them.

As frightened as they were, their first thoughts were of coyotes or some other wild animal. Pat describes the creatures as being roughly 4' tall, with dark gray shoulders. They started coming towards the women.

She yelled to her friend Linda:

Pat said they both scrambled to get back into the vehicle but it was like moving through quicksand. Being so terrified and trying to move as fast as they possibly could, it felt as if everything was slowing down around them.

Once they were both back in the car, Pat tried to turn the ignition on so she could get the power windows up. But all the electrics on the car failed. The dome light and headlights were going off and on, on their own, and she said:

Everything was going nuts.

Finally the car started and they turned around in the middle of the road and sped off towards home, and as they traveled along they noticed a fair bit of traffic coming in their direction.

Pat commented to me:

Where was all the traffic when all this was happening?

As they drove along the road, Pat said to Linda:

This is the weirdest thing. I feel like electricity, my whole body is tingling, just like I was zapped by a charge from a battery.

When Linda heard this, she said:

I didn’t want to say anything to you as you might think I was nuts, but I am feeling the same. As if I was hit by an electrical charge.

As Linda was explaining how she felt, she glanced at the clock in car and said:

Jesus Pat, look at the time.

What are you talking about?

We were only stopped and out of the car for a few minutes at the most, and the time of the car’s clock reads an extra 25 minutes of time.

As they drove along and close to home they both discussed it and wondered if they had imagined it all. As they were just about home, they turned onto Baker Street, which is covered in darkness next to a field. They saw this bright, glowing neon green ball low in the sky. The object started moving to the right, stopped, moved left, stopped, then repeated the movements.

It started to move away, until the ladies car came to a halt, and then so did the object. Before they knew it, the ball of green light started heading towards them at a high rate of speed and hovered high above their car.

At this point they just wanted to get home and be as far away from whatever it was as possible. Pat sped off quickly again and they headed into an orchard which was very close by.

They thought they would not be seen hiding among the trees, plus there was no lighting in this area to reveal their position. Pat looked at her friend and said:

They will never find us here.

Both women were sitting in the car trying to get themselves together as Pat said she was losing it at this point. Only a very short time after arriving in the orchard, Linda said:

Pat, you’d better look out the front windshield and look up slightly. We don’t have just one green ball of light, there are now 3, glowing green objects.

The way the green lights were in the sky, it looked as if they formed a triangle and were all moving together. After a short period of time, each of the green lights moved away in different directions.

HBCC UFO asked if the witnesses could give some idea of how large the green lights were. The witnesses told me each of the lights were approximately half the size of a full moon.

After seeing the lights flying off into different directions, the ladies raced home as quickly as they possibly could. Once safe at home, both ladies shaken, they tried to come up with some reasonable explanation for what had just happened. They tried to put it out of their minds, but that was impossible.

Later on, both ladies turned in for the night and when they woke up in the morning, Pat discovered a large bruise on her left breast and another on the bottom of her foot. She did not know how they got there but she did know they were extremely painful. As she sat drinking a cup of coffee, Linda finally got up and was walking down the hall towards the kitchen when she said:

God, good morning, do I feel rough this morning.

After Linda finished saying that, Pat watched as blood came pouring from Linda’s nose. Pat jumped up, ran and grabbed a towel. Linda also commented that she was having a lot of pain in her lower back area. She asked Pat to have a look to see if there was anything that could be seen.

So Pat looked and gasped, because there was a large circle burned into her skin in the middle, lower back area, tail bone. Also, bruises were found on Linda’s body as well, and some of them looked like finger marks. 3 of them on each thigh. Both women at this point were shocked, upset and very frightened.

Linda, who was visiting from Abbotsford, ended her holiday and headed back home. 2 days after being home in Abbotsford, B.C., she went to consult her family doctor since she was still experiencing the terrible pain in her lower back, as it was not getting any better. Her doctor examined her, and said:

If I didn’t know any better, I would say you have a radiation burn.

He was referring to the burn mark on Linda’s back. The doctor is still trying to heal this mark on her back. It’s as if something burned right through the outer layer of her skin.

Update to this Story:

On the night this frightening experience took place, another couple who couldn’t sleep decided to go out for a walk on the warm evening. They looked up at times into the night sky, and they noticed a bright glowing neon colored light. The couple also added that the light was moving in the strangest way, coming to a complete stop, moving again, stopping and then moving off very quickly. The light was seen in the same vicinity where the ladies had been stopped at the side of the road, which is confirmation for what the ladies saw that night.

I would recommend that anyone finding such marks as described here in this report, consult a professional, such as their family doctor. One has to remember that they do not have to walk in to the doctor’s office and make claims of missing time, or possible abduction. Let your doctor come up with the answers. Also, there are some very good people who carry out work in the abduction field, and I will be very happy to put you in contact with such folks if you would like. Just write to me and request that I do so, and give me permission to pass your personal information along.