Buzzing Sound From The Sky 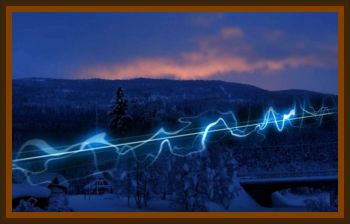 In the afternoon I was walking through the local firehouse parking lot with a neighborhood friend. We ran into a couple of her friends.

While she was speaking to the friends I felt a strong urge to look up at the sky. I also had started to feel a buzzing sensation that blocked my hearing of what was going on around me. It was as if the buzzing sound and urge to look up to the sky were connected.

At that point everything else going on was drowned out. I had almost instantly, as I looked up, noticed an odd shaped craft merge out of the clouds and be flying directly over my head as far up as an airplane would at full height.

The craft was light silver in color and shaped unlike any airplane from this world I had ever seen. It was long like an airplane but had a wings in front and wings in back. The wings went in opposing directions of each other.

I could see the people around me and their lips were moving but I could not hear any speaking as all I could hear was the buzzing. Time seemed like forever, but was actually only about 30 seconds.

The craft paused for a few seconds and then continued on back into the clouds. I then tried to tell my friends to look up because I saw a UFO. My friends seemed as if my words were inaudible.

Everyone kept going with their own conversations. By the time I realized it seemed as if just at the time of the sighting that I was cut off of all contact except for the buzzing I heard so loudly in my ears and head. Once the UFO disappeared so did the buzzing. Things went back to normal. When asked, no one else had heard the buzzing and no one else had saw the craft.

That was one of several UFO sightings in my lifetime.