Kidnapped By A Flying Saucer 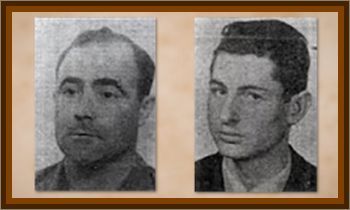 Hunrath, despite being only an amateur pilot and having little familiarity with the area, flew the plane.

The day before, he called up some acquaintances and told them he was going on a trip. He believed a UFO had landed nearby, and he and his friend Wilkinson were determined to find it. They thought it would take them to another planet, possibly Venus or the home world of the Maserians, an extraterrestrial race Hunrath allegedly communicated with by radio.

Whether or not they were taken to Maser is unknown, for the two UFO enthusiasts were never seen again.

The fact that their plane and bodies never showed up anywhere inspired the UFO community in Los Angeles to proclaim that, yes, they really did make it off the earth. A tabloid paper called the Los Angeles Mirror ran an article giving credence to the abduction theory a week after their disappearance. Reporters interviewed Wilkinson’s wife, who explained that her husband and Hunrath believed the end of the world was at hand. The Maserians, Wilkinson had told her, were plotting an invasion of earth. Wilkinson was obsessed with UFOs, and had his den covered in UFO pictures and strange pictographs that were supposedly written in an interplanetary language.

He had only moved to California back in June, lured to the state by his old friend Hunrath. Hunrath claimed that he could show Wilkinson a flying saucer, so Wilkinson promptly left his job in Racine, WI and moved his family 2000 miles away to Los Angeles.

According to George Hunt Williamson, a UFO researcher active in the 1950s contactee scene, Hunrath was a mysterious man who would frequently spread false rumors about other researchers. He had developed an interest in UFOs after meeting what he believed was a spaceman, and moved to Los Angeles after having a fall-out with cult leader George Adamski in Palomar Gardens.

Williamson, who insisted that the Maserians were actually a benevolent people from the Moon, suggested that UFOs had nothing to do with Hunrath’s and Wilkinson’s disappearance. He thought, whether alive or dead, they were somewhere on earth. And this, coming from a man who believed he could contact UFOs by ouija boards, is probably the more rational explanation.

There were rumors that the two men had flown to Mexico, but this would have been impossible, since they only had a three hour supply of fuel.

Rather than land somewhere, they easily could have crashed and died. Hunrath hadn’t flown a plane in a long time, and he was an inexperienced pilot to begin with. As Williamson noted, the down-draft and illusive qualities of the near-by Big Bear mountain range could have doomed the small plane.

Why were special agents of J. Edgar Hoover’s much feared FBI hot on the trail of the pair in the weeks and months before their disappearance? What of Hunrath’s boast that he had developed a science fiction like machine that could disable military aircraft while in the air and bring them fatally crashing to the ground? What did the U.S. Air Force think of that?