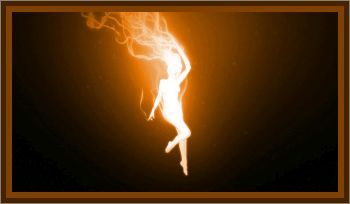 In the spring of 1968, about 1:00 a.m., a postal worker and his girl friend were by his car waiting for a third party to arrive.

His girlfriend observed a bright white light moving among the trees. She asked her friend if he saw it. When he turned to look he did not see anything unusual.

After talking for a few more minutes she saw the white light again. This time her boyfriend also saw it. They watched the light move to the edge of the woods. At this point they saw a thing come out of the woods.

When asked to described this thing he said it looked like a small humanoid except that it was glowing brightly like a fluorescent light. He did not see any details such as facial features and clothing. It appeared to be made of bright light.

The creature moved about very quickly and then went back into the woods. The couple could see the bright light moving away among the trees.

The postal worker did not want his name used and has only told three people since the incident in 1968.

This description reminds one of the light beings encountered by Betty Andreasson in her Encounter.