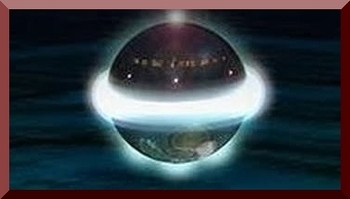 A witness reports a series of UFO encounters over the past few years including a recent sighting of a sub sized ca sphere that moved close, hovered, lit up the ground, and moved away, according to testimony from reporting witness.

It is orange in color and lit up like the whole thing is just a little light, the witness stated:

Its luminosity is pale, not bright. They only appear at night.

Small orb, very close, clear, treetops, hovering, darting, seen it before, others have seen it too.

I am from Wetumpka, AL. We do have a military base nearby, housing the Air War College no less.

Over the years, I have observed a number of times what appears to be ball lightning and an excessive number of meteorite impacts within this county and in a particular area just south of Millbrook, AL.

This area also contains a large meteorite impact crater. It is miles wide. I live on one of its hills, 300', that was created in the impact. It was created I believe 80 million years ago.

We get meteor explosions here every few years and see one or more make it to the ground probably as frequently as every year. I need to note that while this area is somewhat rural, there is a lot of light pollution. You cannot see the galaxy from here, for example, but you can see the major stars quite well.

So this is an urban and suburban area for most of the eastern I-85 area to Georgia.

Several times over the years and again this year, I have seen what appears to be a small, maybe sub car sized object, a sphere, come darting in, hovering for a moment, lighting up a spot on the ground, then flying off in the general, but not exact the same direction that it had come from.

It is orange in color and lit up like the whole thing is just a little light. Its luminosity is pale, not bright. They only appear at night.

One night this year, I cannot remember exactly when and I think I reported it to another UFO site, I saw it again. It was off in the distance as I was driving home from work late, say 12:30 a.m. It was bright enough to distinguish at several miles distance and it appeared to be coming closer.

Thinking about how pale it was when I got close to it, it must have been very bright and reducing brightness as it approached. I was driving west. As I turned to the north, it came as close to the highway, US-231, as the trees and then turned north to parallel the highway. I watched it through the trees until I lost it about a mile north. As I was driving just about a mile more from there, it darted out from the tree line and crossed the highway.

I was no more than a few hundred feet away at this point. It was at treetop level, far too close and small to be any craft or helicopter. It went over into an empty field, slowing, speeding up, moving around a little, then it lit up the ground for a few seconds with a regular looking while light, then went back the way it came. The field in question is completely benign and an abandoned lot that was skimmed off with a pond for sale. I told my mom and she said at the time that she had seen it several times. I had seen it years before, and another time at our old house not far from there in Montgomery, where I had a much more interesting encounter.

In Montgomery, 2007, this same orb, or one looking just like it, was moving by at several hundred or thousand feet very slowly from south to north and nearby our house. I thought it was a satellite or high altitude plane as this is a flight line and we do have an air force base nearby. As I watched the light, it moved on beyond the treeline and out of view. I knew it didn’t match anything I had seen before and it just seemed to be so high for some reason.

Higher than any planes actually that had come over. Moments later, it returned slowly at a lower altitude and stopped,still thousands of feet high it appeared. I had a flashlight and did flash to it several times.

After a few moments, it moved on again, then stopped as I was flashing. I was wondering if it sensed me, so I stopped flashing at it.

Finally, it moved on and did not return. I went back to bed. The next day, it returned about the same time and just crossed the sky, and disappeared,. I didn’t flash at it. Another time at this house, I saw a daytime UFO. I was sitting in my room at 4:00 p.m. on a cloudy day. I looked up from my bed just in time to glance at a blue and black UFO through the slits of the blinds on the window.

It had several lights on it, blue/red/green. It was so low coming over the treetops down the court and behind the houses down the street that I thought it was going to dive in and hit the house. It was like a saucer from the profile, head on view, but that can be easily misinterpreted as quickly as this happened. It could have been more like a plane, but not a copter. There was no sound and it was moving very fast.

Near to there, my mom and sister and a family friend from out of town have reported nighttime black triangles.

Anyway, I darted from my room and out the back door just in time to see it go down behind the trees and out of view. Through the trees and with the close proximity, I would say it was as big as a C-130. We have those come over time and again. However, it was no C-130. It was black, blue stripe, lights, and too compact to be a plane with wings, and again, the silence made it plain weird.

Another thing, this thing had to have crashed as steep the angle and low to the ground as it was, but there was no crash, and I went to the area by bike to make sure. Nothing was there. This thing had only inches to miss the trees for me to see it over our short yard through my window with such a small field of view.