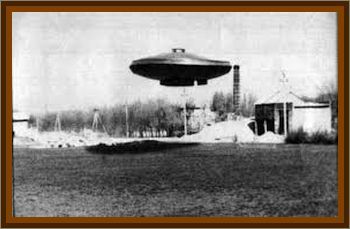 The multiple witnesses were all Georgia residents of that area, and attended the same church.

The occasion leading to the event was a church trip to Anniston Alabama by this small group of church ladies. They were being driven in a large van by a male member of the congregation who was a prominent local businessman, and also known as a trusted community leader in that African American neighborhood.

Accounts vary, but there may have been 10+ total witnesses on this trip, this investigator interviewing 6 of them.

This harrowing account was held confidential by these witnesses for about 2 years, only being discussed among their small group of friends. Eventually, the information was related to John Thompson in his Lagrange office, and he asked this writer to follow up on it.

This FI began by interviewing the Primary Witness (PW) at her home in Lagrange. She was found to be a 62 YOA retired Nurses Assistant. She lived in a well kept home in an older, established neighborhood, with many family photos and signs of serious religious faith being obvious. PW stated that on the night in question, she and her church friends were riding up to nearby Anniston to play bingo. They were seated to the rear of their friend, the van driver, and as usual talking and having a nice ride, enjoying the nice clear weather. Anniston is near the intersection of Alabama Hwy 431 and I-20).

As the van approached the vicinity of Wedowee, Alabama on Hwy 431, the witnesses decided to roll up all of the windows because of the poultry plant located just off the highway, Braswell's Farms.

PW indicated that the odor of the production there was pretty strong, and this was something they normally did enroute to Anniston. As the van approached and passed the plant,

PW and some others noticed what they thought was a large new light over the top of the building, which is located on a rise. It was large enough that they commented on it being newly installed. One witness stated that it was not a light, but some flying thing. Another witness commenting that no, it was just a new light. Then the other witness replying something to effect of:

Well if that's so, Here it comes.

The light flew down from over the plant and approached the moving van and then began to pace it as it drove north. The light was described as being round like a globe, about the size of a dishpan in diameter, bigger than a basketball. The light was described as being yellowish, with the brightness of a lightbulb or street light. It continued to pace the van, with descriptions of the light varying it's distance and altitude to as low as about 12' and then back up to 100' or treetop level, as close or closer as 50' and backing away to perhaps 200', sometimes over the van, sometimes beside it, but always pacing it.

This episode began near Wedowee on Hwy 431 which, at this point in the route, is about 25 miles south of I-20 and the Anniston vicinity, their destination.

During this wild ride, the ladies became frightened, trying to get down below the window level and still taking an occasional peek. The driver stated that he was trying to drive and look at the same time which he found difficult. He verified that the light appeared to be about 100' over the poultry plant before it swooped down and began following them. He added that eventually he did in fact think about some form of UFO due to having read such accounts. Adding that it was definitely a large globe of light. During this ride up to I-20, the PW at one time saw what she described as a shape within the light, a shape very similar to a human embryo, which she indicated in her sketch. Further that it seemed to be moving around within the light. At another point, she recalled something like a beam projecting out that hurt her eyes, and those of her friend. Adding that they both later developed watery and sore eyes.

Another witness did not describe a beam, but told of a sparkling effect.

Another witness described a bad glare that beamed through the window, just suddenly clicking on.

This activity continued as the van moved northwards closer to I-20, passing through the small Alabama hill country. At one point, the vehicle drove through an underpass, finding the globe of light waiting on the other side. This light also demostrated terrain avoidance maneuvers and continuously adjusted it's speed to that of the van. As this group finally reached the area of the intersection of Hwy 431 and I-20, the light flew off over a field, then accelerated steeply upwards, leaving a streak, then became the size of a star and vanished.

A hoax was ruled out in this matter due to the sincerity of these witnesses and their strong church background.

It was thought to be glowing plasma/spook light, helicopter, and advanced military recon drone.

Those were ruled out, it is not believe that any kind of natural plasma/spook light, would act as described, over so many miles.

Even though it was during darkness, the van was approached so closely that a helicopter or drone fuselage would have been observed, as well as engine noise heard.

A spokesman for the mainly rural Randolph County Sheriff's Department recalled no similar reports from that time period and knew of nothing that might be related to this event.

During this investigation, there were only the normal differences noticed from witness to witness, due to their personal interpretation and recall, seating position within the van, and level of fright. There may have been more evidence in the offing if there had been a timely report of this event. The witnesses are not to blame. They were found to be good southern folks, that did not know whom to contact at the time.