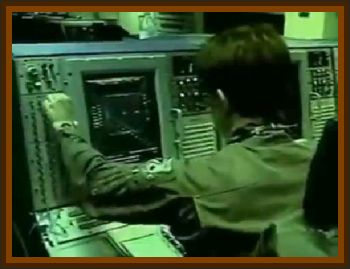 The National UFO Reporting Center began receiving forwarded news reports of, and queries about, an incident that allegedly had occurred early that morning in the vicinities of Waldorf, MD, Andrews Air Force Base, Maryland, and the surrounding vicinity.

The reports, released by FOX television, CNN, the Washington Post, and several local radio stations, described an incident in which local residents had been awakened at approximately 1:00 a.m. by fighter aircraft taking off from nearby Andrews AFB, and which then passed overhead several times at possibly low altitude, perhaps with the afterburners engaged.

Many people went outside to see what the matter was, and reportedly were witness to an apparent pursuit by the fighter aircraft of a brightly lighted object, which was seen maneuvering ahead of the jets, and which accelerated and pulled away from the pursuing aircraft quite suddenly.

Spokesman for both NORAD and the D.C. Air National Guard later admitted that a scramble had occurred in response to a radar intercept of an unidentified target, but they appeared to downplay the significance of the event.

We express our gratitude to Joan Woodward and the Fund for UFO Research for conducting the investigation, and for sharing her report below. Several UFO investigators on the east coast have investigated the incident by speaking with the military spokesmen and with several witnesses on the ground. Many other individuals and investigators, not named here, were instrumental in spreading early word about the incident, and in arranging to have the investigation initiated.

One additional item we would like to call to the readers' attention is that our sources indicate that Washington, D.C., is still under continuous, 24 hour surveillance by AWACS aircraft. If this assertion is correct, the military almost certainly observed the entire incident in exquisite detail. Whereas in past cases, authorities revealed the details about an intrusion in the closed airspace around Washington, D.C., in this instance, they did not release the same detailed information, and they attempted to diminish the significance of the "scramble" of fighter aircraft.

This fact seems unusual to us, and suggests that there was something unusual about the object detected, and/or the subsequent pursuit by fighter aircraft.

Joan Woodward, affiliated with the Fund for UFO Research, Mt. Rainier, MD, has compiled this preliminary statement of her findings.

Witness: Renny Rogers, Waldorf MD. Renny is a Government employee and lives with his wife and 2 collies in a townhouse development in Waldorf. He has always lived near Andrews AFB and is very familiar with aircraft that fly in and out. His current townhouse is under a flight path for Andrews, and he states that he has never seen the kind of activity before in his life that occurred in the early morning of July 26.

His time and spatial estimates are rolex replica sale unusually accurate. He has a good eye for spotting aircraft. Although he has a strong interest in the UFO field, this is his first sighting.

After the sighting was over, he reported it to WTOP radio, in Washington, D.C., and the the FUND.

He has extremely strong feelings about pursuing to a final answer the riddle of what he saw and what the military know about it.

A few scattered clouds at 3500' with an overcast at 5500' to 6000'. Temperature at Reagan-National Airport, 15 miles NW of Waldorf, was 70°, relative humidity-76%; wind was 5 to 6 mph from the ESE. Humidity numbers look a little high, so they need to be checked after corrected data is out. Visibility was 10 statute miles.

3. Witness sights a blue light being pursued by a fighter

After take off, there may have been a very short period with no aircraft noise, but aircraft sounds got louder and louder and sounded as though the jets were circling in his area and not leaving. The noise made him think there were multiple jets in the area. He felt there were more than 2.

5. The aircraft noise level brings Rogers outdoors. The noise was rattling the house and was so great that Rogers went outdoors, turning to his right and walking a few steps so he could get away from trees and see the sky. He saw a military fighter flying directly away from him going southsoutheast about 35° to 45° replica watches uk above the horizon.

He was looking directly at the tail end of the aircraft, and its afterburner, orange/white plume of fire, was on and remained on for 2 or 3 seconds before reducing to a residual short plume for the remainder of the viewing time. No sonic boom was heard.

The fighter was in level flight at an estimated altitude of 3000', broken clouds at 3500' from weather report, and was in view for about 11 seconds. Rogers goes back indoors.

6. For approximately 3 to 5 minutes it was quiet with no jet noise or distant jet noise. Then the noise level increased again to near the previous levels. Rogers goes back outside to see what was happening. He goes out the door to the right, south, and sees nothing this time, though he hears loud jet noise. Then he goes to the left of his front door, north.

At this point he sees a pale bluish light moving at a phenomenal rate of speed. His sense is that the light is moving in an effortless almost floating manner but at high speed, but not at meteoric speed. When first seen, the light was estimated to be 35° above the horizon in the northeast sky above the treeline.

When first seen, its path dipped and came back up like a small dip in a roller coaster and it flew straight line to about 85° from the horizon in the eastsoutheast sky, where it rolex replica sale was obscured by a mature deciduous treeline about 30' from Rogers. The estimated time from first sight to treeline interference was 3 to 4 seconds. Speed was constant, straightline, and there was no sound associated with the light.

At this point, no aircraft was in view, and although jet noise could be heard, it was not in the immediate vicinity.

Rogers ran to the south and picked up the light again at about 45° from the horizon in the southwest sky and moving away from him. About 3 seconds after finding the light again, a military aircraft flew over his house, which was behind Rogers, coming from the north and straight lining after the blue light. Light and aircraft are now on the same path going southwest. Rogers was moving out into the street to keep them in view as long as possible.

The aircraft used no afterburner and followed the blue light's path until they both disappeared in the southwest sky. Rogers estimates they were between 1,000' to 2,000' apart. This may be the most iffy estimate because of viewing angles.

As the aircraft pursued the light in level straightline flight, it was tipping its wings from side to side constantly, at least 4 times to each side.

In the partly cloudy sky, the blue light was sometimes briefly obscured or partly obscured by clouds. Because the fighter was so much larger than the light, visual was not lost when broken clouds were between it and the witness.

Description of the light:

A constant pale blue in color and starlike, about 2 or 3 times the size of the red wing tip lights of the jet pursuing it. He could see no hard edge to where the light, any more than a hard edge could be seen on a airliner beacon light or radio tower light. The entire light flickered from light to faded to light on a cycle of about 1½ seconds throughout the time it was visible. The brightness of the light was unchanging.

He compared the flicker to a high flying airplane beacon light but with different timing.

Rogers compared the quality, not the behavior, of the light to blue, rather than green, glow sticks held aloft by a helium balloon.

All times were estimated by reenactment against a stopwatch.

I spoke with Major Barry Venable on July 26. He said that 2 F-16's were scrambled from Andrews about 1:00 a.m. to investigate suspicious air activity over D.C. They found nothing and returned to Andrews.

I asked about the activity over Waldorf, and he said that was close enough to Andrews that they might well fly over the area on return, and it's possible they may have hotdogged to burn up some fuel. I asked if there was any mechanism whereby the F-16 could project a light ahead of itself. He said no, but at certain angles and in misty weather, an afterburner could appear blue. He had no information beyond suspicious air activity in terms of what initialed the scramble.

I again spoke with Major Venable on July 29, when he asked me to email him about what had occurred and what questions I had. But the only information that came forth was:

2 F-16 jets from Andrews Air Force Base were scrambled approximately 1:00 a.m. July 26, 2002 after radar detected an unknown aircraft. The unidentified aircraft's track subsequently faded from the radar. The F-16s investigated, found nothing out of the ordinary, and returned to base. For operational security reasons, other details would not be discussed.

I contacted an acquaintance who is a top notch radar engineer for his thoughts on NORAD's radar comments, particularly asking if the fact that NORAD referred to radar detecting an unknown aircraft meant the target had a transponder. His comments follow:

l. Ground movers can often generate radar returns, as can wind blown rain, trees, birds, insect swarms, any thing with motion can create a Doppler return that might appear as slow low aircraft.

2. The term aircraft is probably not enough to infer that they had a transponder return.

3. Keep in mind that combat aviation annals are rich with examples of intercept controllers sending fighters in hot pursuit of nothing.

Background information has been sent to FUND from Don Ledger, Zone Commander Civil Air Search & Rescue with 20 years of flying light aircraft up to 2 engines, and from Jim Canan, who got background from a former F-15 pilot, so I will not restate their comments here.

Final thought, is it possible that the F-16's have some sort of perhaps targeting or ranging finding equipment that can project a hologram like image ahead of the aircraft? The thought keeps occurring to me.