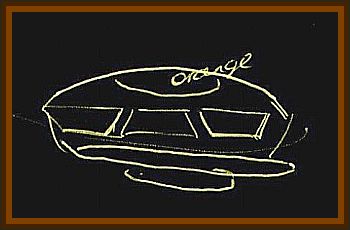 Armed with a Polaroid camera and a variety of electronic gear, Barb Campbell is on the hunt for unidentified flying objects in northern Saskatchewan.

The UFO researcher from Maidstone is focusing her search these days on the northern reserve of Waterhen Lake, where strange lights have been spotted for years and where there have recently been vivid tales of close encounters.

Night watchman Kenny Lapratt said he was on duty one night several weeks ago when he saw what he believes were spaceships hovering over the lake, which is about a 4 hour drive north of Prince Albert.

It’s kind of like a Frisbee, 2 Frisbees on top of another, like an orange in the middle, he said.

And they were turning at an incredible rate. It was just like you could see the windows turning one way and the ship, the bottom part, turning the other way. And whatever way on top it was like glowing. I don’t know what it was but it was beautiful.

Lapratt said he saw several objects landing on the lake, then zipping away at high speed toward the treeline.

Then they shot straight up.

I just panicked. I didn’t know what to do, he said. He called the police.

One woman showed her a video showing more than 3 minutes of moving lights.

This really looks genuine, she said as she watched the video again. I’m really impressed.

Some of the people who have observed the lights don’t know what they were looking at, but Lapratt said he doesn’t have any doubts.

They were UFOs, he said. They couldn’t be anything else.