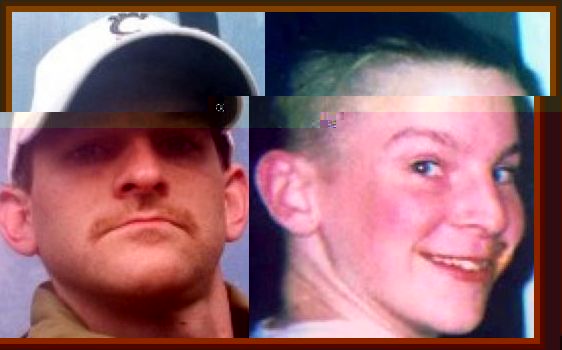 Michael Palmer disappeared while riding his bike down a Wasilla, AK road on June 4, 1999. Michael was 15 years old. Michael, or Mike, spent the night at a friend’s house, and he and 3 other boys slipped out of the house to attend a graduation party near the Meadow Lake subdivision outside Wasilla.

Wasilla is a town of approximately 10,000 residents 43 miles northeast of Anchorage.

The boys rode their bicycles to the party, and according to Mike’s friends, Mike consumed a few beers, but he was not intoxicated when the boys left the party to head home at 4:00 a.m.

The party took place at a residence 9 miles from where the boys were staying, so they had a long bicycle ride home.

According to Mike’s friends, the boys all started riding together on their bikes, but after a while, Mike fell behind them. They pulled over and waited for Mike at the 7-11 on the Parks Highway, but when Mike never arrived, the boys decided Mike must have cycled to his own home, so they continued on their way.

When Mike didn’t come home by the following afternoon, his mother called the friend at whose home he had supposedly spent the night, but the friend told her Mike wasn’t there. Mike’s mother reported her son missing at 3:00 p.m. that afternoon, 11 hours after he disappeared.

50 searchers combed the woods near the river, but no other trace of Michael Palmer has ever been found.

Michael’s oldest brother, Chris, did not believe the bike found in the river was the one Michael had been riding, and Michael’s father remains skeptical of the story Mike’s 3 friends told about the night Mike disappeared. The father hired 2 different private investigators to look into the matter. One of the investigators was forced to move away from Wasilla, claiming she’d received threats against her life, and the other investigator uncovered rumors suggesting Michael had never left the party and was either murdered or kidnapped. This rumor has never been substantiated, though.

Months after Michael disappeared, a local boy stated he saw someone beat and then shoot Michael on a bridge, but when questioned by authorities, the boy claimed he made up the story.

Some people wondered if Michael fell into the river and died of hypothermia, but tracker dogs did not trace his scent to the river, and there was no sign of a body in the clear water of the river.

Michael’s oldest brother, Chris, said he heard rumors about fights at the graduation party, and he thinks something terrible happened to his brother at the party.

Michael is a Caucasian male with brown/blond hair and blue eyes. He is left handed.

The Palmer family had 3 boys and 2 girls. Michael was the youngest boy, Chucky the middle boy, and Chris, the oldest son.

On Aril 10, 2010, nearly 11 years after his brother vanished, Chucky Palmer disappeared while riding his snowmobile with family and friends near Talkeetna, Alaska, 70 miles North of Wasilla.

Chucky, his older brother, Chris, their stepfather, and 2 friends went on a guy’s trip to the Talkeetna Mountains where they planned to spend a few days riding their snowmobiles through the woods.

On the morning of April 10, the handlebar on Chris’s snowmachine snapped off, and he was forced to stay at the cabin and work on his machine. Chris was an experienced snowmobile rider, but Chucky was not. Still, Chucky was looking forward to riding his new snowmobile with the other guys.

According to the group riding with Chucky, all went well until they were heading back to the cabin on the main trail. Around 7:15 p.m., Chucky became separated from the rest of the group and then just like his brother over a decade earlier, Chucky disappeared.

According to his fellow riders, they last saw Chucky traveling the wrong way in the opposite direction from their cabin.

Chucky was dressed appropriately for the cold weather, but he didn’t have a GPS device, food, or water. Chucky was not reported missing until the following morning, and by then, a snowstorm hampered the search party.

Chucky’s snowmobile was found in deep snow, 12 miles from the cabin, and Alaska State Troopers guessed he must have gone off on a side trail and then got stuck in soft snow.

Oddly, despite the soft, deep snow, no footprints were found near the snowmobile, and the helmet Chucky was wearing has never been located. It snowed several inches after Chucky disappeared, but it seems unlikely the snow could have completely concealed the conspicuous tracks, Chucky would have made in the snow if he left his machine in search of the main trail and the cabin

Chucky was riding at the back of his group, and according to the others, they didn’t realize he had dropped behind them until they saw him riding the wrong direction. There is no explanation for why they didn’t follow him and tell him to turn around. Chris Palmer thinks the older men were traveling too fast, and Chucky couldn’t keep up with them, and he became disoriented.

None of this, though, explains the lack of footprints near Chucky’s snowmobile. Fire Chief Ken Farina, who was involved in the search, said he could think of no other explanation for Chucky’s disappearance other than an alien abduction.

There were no clues and no evidence Chucky had ever been anywhere near the area where his snowmobile was found.

Alaska State Troopers performed a second search for Chucky’s body in May 2010 once the snow melted, but they found no sign of Chucky.

Chucky Palmer was 30 years old when he disappeared, and he left behind 3 daughters.

It must be a nightmare to lose a loved one to violence, but to have someone close to you vanish would be even worse because you’d never know what happened to them. When a child disappears, the parents suffer unspeakable pain, but to lose 2 children under mysterious circumstances is beyond the realm of what most of us could endure.