Lights Appear To Be Stars 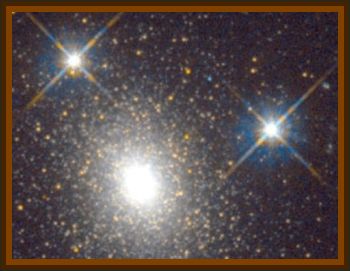 I would like to briefly give you some back ground information of where I live, I was born and raised in West Central Wyoming at the foot of the Wind River Mountains, putting me on the East side of the Rocky Mountains in WY very sparsely populated.

I personally believe that whatever or whoever is controlling these objects, lights I have seen most of these at night and 2 shiny objects in the daytime, that glimmered for a few seconds and disappeared.

That they can operate in relative anonymity because of the back drop of the mountains coupled with no population towards the West and into the Rocky Mountains until you reach the very western portion of WY and encounter sparse populations again.

In the mid 1970's, when I was around 13 years old, I was walking home from a friends house at night after sunset, getting dark. I was startled to see about a mile away a bright white light, that did not light up the surrounding area and had the luminosity of that of a star, rise and fall behind a hill in a circular motion, this happened in a couple of seconds.

I was in shock when I got home and wondered about what I had seen for days, it was at this point I became open minded about reading of UFO sightings and all the strange stories that came with UFO sightings, abductions, contacts.

When I was around 17, I was coming home from work, traveling in westerly direction towards home about a mile away, my home is at 6,200', foothills, traveling up the switch backs for another ½ mile you can be at 12,000', it was getting dark, something was just not right for a few seconds in the sky when I noticed that a star was bigger than any star should be was in the sky, if it was not for its size I probably would not have noticed. This star slowly fell from the sky and into a canyon, the walls on the canyon were turning different colors red/green/blue as this light fell into the canyon.

For weeks and months I scanned the skies to see if I could see anything similar I became aware of the stars, planets, planes and satellites and always kept glancing at the night sky to see anything out of the ordinary I seen none.

In my late 30s I was at my parents home, in the living room watching TV, the TV was in the corner and next to the TV was a large picture window that faced in an easterly direction. I saw what appeared to be a shooting star that fell from a North to South direction. It streaked across the sky, burned out. But then reappeared and was bobbing up and down in the air and slowly stopped, it then moved slowly across the hills in a southerly direction and was turning different colors of red/green and blue, until it disappeared from sight about 15 to 20 seconds and about 100' to 200' above the ground.

Also around this same time, months, I was walking my infant son back and forth in my trailer and when passing a small window I saw a bright white light, star, that was traveling horizontally in a westerly direction towards the mountains, before it reached the mountains it went out. The next day, and this was in the middle of July, the face of the mountain in a circular pattern looked like it was covered in light snow in the area of where I seen the light. My mother had seen this as she was washing dishes, we planned to go to the side of the mountain to see what this was, but it rained within a couple of hours and this light white snow looking stuff was gone, this was about 10:00 a.m. My wife, older son, brother in law and nephews all seen this and could only wonder what it was.

Another strange deal is what I have thought to be satellites. In the early 1990s I, my wife, nephew and cousin were lighting fireworks, I had a flashlight to see the fuses when they were lit. I noticed what appeared to be a satellite that was moving through the sky and told everyone look there is a satellite moving in the sky. My wife said where, I pointed with the flashlight on, at the satellite.

My wife seen it moving along with my nephew right as I pointed the light at it and we all seen it stop and remain motionless and became a fixture as part of the stars. Needless to say I have had the same experiences on a couple of other occasions with these so called satellites that stop in the sky once they are noticed.