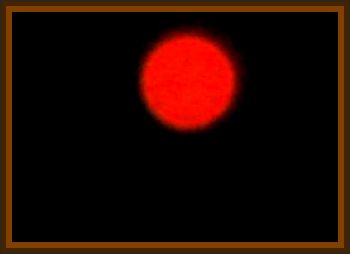 2 weeks before the big blizzard, in the Buttonwoods/Appanoag Section of Warwick.

It was sometime late at night or early morning. My parents were sleeping. I went to the bedroom window.

I observed round, like a ball, light, slowly decending to the ground.

The distance I'd guess was about a city block away.

Since I was a child, I said to myself:

Oh a plane light fell off.

I had not heard of UFOs.

The next day I went to my babysitter's house. I told he about the red plane light in a nonchalantly way. It was not a big deal to me.

The babysitter's husband, worked at TF Green airport in Warwick about a mile away. When I recall his uniform it had decoration like an Air Force uniform. I guess he might have been in the service somehow.

The babysitter told her Husband what I saw. The Husband came home and I overheard him telling his wife there was a lot of phone calls about the red light and that no airplanes lost lights.

He proceeded to question me about it. I simply told him that I saw an airplane light fall. He made a phone call and then returned to work. As an adult now, I realize that an airplane light, if it fell off a plane, would not still be lit up red.

I researched old newspapers for any mention of this incident. For all the phone calls there supposedly were, not one mention in the local Providence Journal Bulletin.