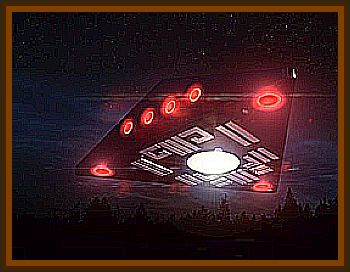 I saw a fast moving, brightly lit, huge object, within 25' of me for half an hour.

It was a hot night and there wasnt any wind. I was alone, but there was two other cars parked near me with people inside.

Off in a distance I saw a bunch of bright lights coming closer.

The object darted suddenly up and down and sideways. There was red and green lights all around the base of the object, which flashed on and off. The object was moving extremely fast, and within a few minutes was within 40' of my car.

I look in total shock as I had a very clear view of the object, which looked like nothing Ive ever seen before. It stood in the sky maybe 75' high and 40' away from my car and just stayed there, totally silent.

It looked made of metal, and was very shiny. It was weird shaped, and didn't look as if its huge size could fly, as there was no wings, like an airplane.

Some white lights started to flash, brightly. I got out of my car and walked towards the object. I was within 25' of it and it just stayed where it was. I knew at this time, it wasn't from Earth, but I felt no fear.

Maybe 30 minutes passed as I stood there. Then all of a sudden it went straight up and enormous speed and went sideways and totally vanished within 5 seconds.

As I drove away from the area, I looked into the other cars parked there with me, and saw very shocked faces inside. Later in my life, I've seen many more sightings, but never saw this particular object again.

I'd be willing to take a lie detector test.

I might also note, I'm not sure of the actual date this sighting happened, as it was many years ago, but I'll never forget it.