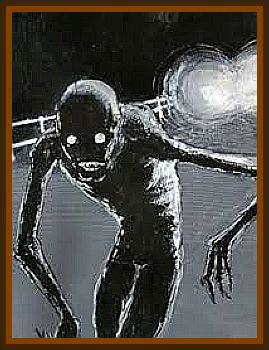 A family from the nearby commune of Mascalucia reportedly encountered a Wart humanoid on the slopes of the mountain.

The family, which consisted of the father, mother and a young child, had gone to the area fora picnic.

While picnicking in a field near their vehicle the boy had gone to the car to bring same utensils. Moments later, the boy came running back in a state of terrified shock and unable to speak. Looking up, the father was stunned to see a huge man like figure moving away from the area in the direction of the a nearby ridge. Terrified, the family ran to their vehicle and drove away from the area at high speed.

Unfortunately there is no specific description of the humanoid.