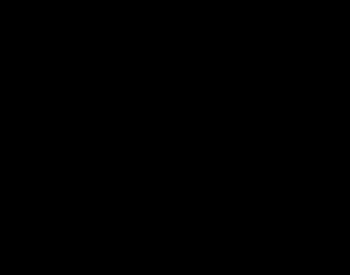 Location: Near Wardle, High on the Pennine Moors, England

It began at 10:00 p.m. on the clear, frosty night and 19 year old Gwynneth Fitton was walking home along an unlit country lane near Wardle, High on the Pennine Moors. Her attention was drawn to a bright light moving between 2 hills near the cottage where she lived with her parents.

As she watched it moved towards her and she could see the object was circular with a dome. Suspended below it was a light which switched from white to red at intervals. The Thing, stopped dead at rooftop height and Gwynneth ran to alert her mother, Dorothy, who on seeing the object cried out:

Good God, They’re here! As both women watched it hovered silently and then disappeared swiftly across the moors.

Shortly afterwards the Rochdale Observer published the story, playing up the fright the Fittons had received and asked:

Was Wardle Visited by a Flying Saucer?

More witnesses then came forward to admit they saw the same weird object in the sky.

None of the witnesses were believers in flying saucers before, wrote junior reporter Alan Fitzsimmons, but after seeing such a strange sight their disbelief has been badly shaken.

While this was a fairly typical flying saucer sighting, it swiftly became the center of a national controversy that led all the way to the Government. For when the local MP, Tony Leavey, heard about the sighting he raised it in Parliament, demanding to know if the Air Ministry had been releasing objects which are normally described as flying saucers. In reply the minister said the object seen at Wardle did not emanate from outer space, but from a laundry in Rochdale.

It was, he said, 2 small balloons lit by a flashlight bulb that had been released by a mechanic, Neil Robinson, as part of an experiment to build a small radio controlled airship. Mr Robinson, a 35 year old radio ham, contacted the police after reading about the Fitton’s sighting in the local newspaper. He confessed that he had used hydrogen to fill two 5 penny balloons which he had released on 4 separate occasions in remote locations.

It was just an experiment in tracing air currents, he said. But he added the only light carried by the contraption came from a small bulb powered by a pen torch battery. This confession did not satisfy the Rochdale Observer which claimed Robinson could not explain how he made the hydrogen used to inflate the balloons. The paper obtained a similar balloon and found that even when inflated its maximum diameter was a mere 12".

The paper also could not believe that such a tiny light attached to a balloon could have appeared as a glow brighter than a car’s headlamp to witnesses scattered around the town. And the mystery increased when debris was discovered on the moors near Wardle.

One of the finds was a silver cylinder that appeared to be part of a transmitter from an Air Ministry weather balloon.

Then 2 boys playing on the moors found other materials including aluminium rods, wire mesh and a parachute whose description sounds like the debris from Roswell.

This development made the local paper even more suspicious and it stated:

The transmitter was found nearly 2 weeks after the sighting of the saucer, during which time there have been considerable snowfalls, yet the cylinder is perfectly dry and unmarked.

Further fuel was added to the fire when it reported how a commercial type aircraft had flown low over Wardle flashing unusually large colored lights the very night before parts of the balloon were discovered.

The implication was the debris found on the moors had been delivered planted by the authorities as part of a cover up, but a cover up of what?

Not satisfied with the answer he had been given in the Commons, the local MP wrote to the ministry demanding a full investigation. In April 1957, an Air Ministry special investigator with much experience in this field was sent to make inquiries. According to formerly secret papers, he was an intelligence officer from DDI, Tech, the Air Ministry branch responsible for UFOs.

Although the visit was said to have taken place under the cloak of secrecy, it was widely reported by the Press. The officer quizzed 5 witnesses who were all told to keep his visit quiet. He also paid a visit to Neil Robinson and studied weather records, checking the prevailing wind at the time of the sighting, before he returned to London to write a lengthy report.

In May the Air Minister wrote back to the MP saying that he had studied the officer’s report and I am bound to say that on the evidence I agree with his conclusion which is that, in all likelihood, the objects seen were Mr. Robinson’s balloons.

I appreciate that Mrs. Fitton, who had the best sight of the phenomenon, does not share this opinion and I respect her view, but I feel that the probability and probability is, of course more often than not, all we can achieve in these matters is that the explanation we have given is the right one.

But there was more. 20 years later the Observer reporter who had covered the original story revealed how his dogged questioning had annoyed the authorities so much that his paper had received a personal visit from the Ministry. Many claims have been made about newspapers being ordered to discontinue their reporting on UFO incidents but few of these anecdotes have stood up to scrutiny. But according to Alan Fitzsimmons his reporting on the Wardle incident came to an end when the very top man from the Ministry of Defence called at our office personally, took us into a private back room and read the Official Secrets Act to us with the warning to discontinue reporting further on that strange occurrence.

This warning convinced him even more that there was something very strange about the whole affair. Even stranger, he described the visitors to the Observer office as 2 men dressed in dark suits and bowler hats, the Men in Black. How accurate were these claims? Since the First World War the British Government has used a system known as D Notices to advise editors that certain information, relating to subjects like nuclear weapons and Special Forces, should not be published. But D Notices have no legal standing and are advisory only.

Direct action to stop a newspaper publishing material subject to the Official Secrets Act is rare and would require authorisation at the highest level, a move that would leave a paper trail.

Even at the height of the Cold War, such a move would be very risky indeed as news of the silencing could easily become a bigger story than the information it was meant to suppress. It is more than a little curious that in 1992, after Fitzsimmons made these claims, former work colleagues said they had no recollection of the use of the OSA against their newspaper in 1957. Another more fundamental discrepancy relates to the newspaper’s dismissal of Neil Robinson’s confession. Fitzsimmons said of him:

How I remember that laundryman. I asked him how he had filled the balloons with hydrogen and he was unable to explain, although he admitted it was not possible with the equipment he had. His story was untrue, and so were other hoax claims investigated at that time.

But friends and relatives of Robinson, who died in 1999, paint an altogether different picture. A cousin, Geoff Butterworth, remembers an exceptionally clever man, skilled in electronics, who had served in the RAF during the war.

Robinson had much technical know how and was certainly capable of launching a balloon with lights attached. During the 1950s he had pioneered an infrared alarm system and was forever tinkering with inventions in the garage at his home near Rochdale. What’s more, Robinson was fond of practical jokes and was fascinated by films about alien invasions, such as H.G. Well’s War of the Worlds.

As a child in the 1950s, Geoff recalled hearing the commotion that followed the appearance of The Thing at Wardle and the rumor that Robinson had let off a flying saucer. I don’t think it was 2 five penny balloons and a torch bulb, Geoff explained.

He believes The Thing was actually an Air Ministry weather balloon that he had obtained for use in his experiments to develop a model airship. This explanation fits the known facts, particularly the finds made on the Wardle moors after the sighting. Neil Robinson was an astute, imaginative, showy and able guy and the perfect man to build a flying saucer at the height of talk about little green men, Geoff told me.

According to Ivan Corlett, Neil Robinson hatched the plot with his father, Granville, whilst working at the laundry. It was done out of pure devilment, he explained. I remember going out as a child in the back of a big Ford van with this Thing in the back and was told to stay inside. It wasn’t an ordinary balloon like it said in the papers, that was a red herring. It was something else. I do know they sent it up over the moors and caused all sorts of bother.

It was definitely all a hoax and I remember father coming home a bit panicky because the police got involved and came to round to our house to take statements.

So while for years many people in Rochdale and across the world remained unconvinced by the official explanation the Air Ministry had no doubts. The Wardle apparition appears in a list of explained UFO reports prepared by DDI, Tech, in 1957 under the heading:

And a senior MoD official who worked on the case at the time provides us with the final word:

The case shed vivid light on the ability or otherwise of people to observe unfamiliar things objectively. Given the specificity of time and place, there can be no serious question but that what they all saw was just the balloons, yet people whose good sense and faith we had no reason to doubt insisted nevertheless on the accuracy of what their imaginations had conjured up.”