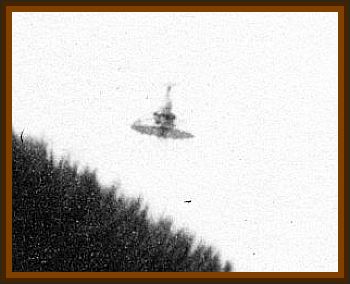 American forces were certainly not the only ones apparently dealing with hostilities with UFOs.

In the summer of 1968, a Ranger recon unit was operating along the DMZ in an area that what was referred to as the North Country in the early morning hours. The team was wary and on edge, completely attuned to their surroundings, as it had already been established that an enemy Viet Cong unit was positioned on the other side of the hill, so the enemy could have been anywhere creeping about in the jungle around them.

At approximately 2:00 a.m., the team claimed that a bright, fluorescent blue light could be seen closing in on their position, and that the strange, unidentified object stopped to hover momentarily around a quarter of a mile away before moving towards the baffled unit once again. The entire time the flying object was said to be completely silent.

As the recon unit struggled to comprehend this bizarre sight that they were seeing, the NVA on the other side of the hill, after presumably gawking at the sight as well, did what humans do and reportedly began firing on the light in full force.

The night lit up with tracer rounds blazing skyward towards the strange object floating there and it must have been quite a haunting, mesmerizing sight.

For a few moments the object did not react, merely absorbing the assault without showing any sign of distress or damage. Indeed, it seemed to be completely unfazed by the barrage of bullets raging at it.

Then, it was claimed that a blindingly bright beam of light lashed forth from the object and the NVA machine gun fire abruptly stopped to send the jungle into a sudden silence so profound that it was jarring, the instant quiet almost deafening in the wake of the uproar that had exploded through the air just moments before. The light in the sky then reportedly cruised off in complete silence to leave nothing but the droning sounds of the night time jungle behind.

The next morning, the recon team decided to make their way to the NVA camp to see what had happened, sensing that they were going to find something weird at the very least and they would not be disappointed.

They found the enemy camp to be seemingly abandoned, and strewn about were 12.7 mm machine guns and other assorted firearms that looked as if they had been partially melted by a relentless, scorching heat.

A closer inspection of the camp turned up what appeared to be piles of ashes and bits of what could have been charred bones scattered about. The leader of the team apparently took pictures of the scene, which he would later include in his report of the incident.

Shortly after, he went to rejoin his unit but was told that he had been reassigned to another team. When he asked about what had become of his report and the photos he was allegedly told that no such report existed, and that if he were to continue pressing the matter he could face prison time.

Other members of the team were purportedly similarly intimidated with such threats.