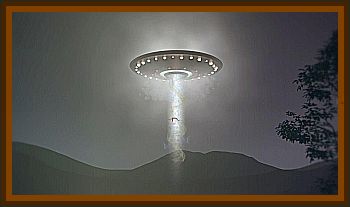 The witness at the center of the Vienna Woods Incident is known only as Bobby, due to the fact that his eventual career as a well known concert pianist would have easily identified him. It is an encounter, however, that is both chilling and intriguing in equal measures.

The account is another one that comes to us through UFO researcher, Timothy Good, who himself a respected concert violinist, was told the account by Bobby when they were both students at the Academy of Music in London in the 1960s. Bobby was very open to research on his case but feared that his family would not appreciate the kind of attention such a claim would bring.

The case is particularly intriguing in that it features elements of being called by a strange force. This calling would lead to eventual contact with beings not of this world. Furthermore, these events, at least in part, were verified by another independent, and credible, witness.

While studying at the Vienna Akademie, Bobby would frequently notice a strange high pitch sound. He first became aware of this at the beginning of October 1962.

This sound was often accompanied by the intense feeling that something was about to happen. An anxious feeling that Bobby couldn't explain nor understand. Bizarrely, he would find the sound itself, immensely soothing. Perhaps what made him feel most uneasy, were the telepathic messages and mental visions that began at the same time.

Bobby would speak of being under some strange mysterious power when he witnessed these visions.

One particular day while practicing, the sheet music in front of him would show a superimposed picture. Right before his eyes, as if a hidden projector was behind him, were scenes of green and forestry. He had no idea what the vision was supposed to mean, but he felt it was of importance and not be dismissed.

Bobby went over the visions in his head for several days, and then on October 8, 1962, without fully understanding why, he left his apartment and found himself on a tram, heading away from the city. He made several switches along the way, again not understanding where he was going, or why. He finally boarded a bus to his final destination. And after several minutes he was in the lonely countryside. When he saw the place he had witnessed on his sheet music, he left the bus.

Not knowing why, Bobby ventured into the Vienna Woods. He would speak of feeling as though he was being guided in a particular direction. Bobby didn't receive any telepathic instructions, but his steps were almost instinctive.

He would walk for sometime before believing he had gone beyond the limits of the Vienna Woods. He found himself in the thick forests that lay beyond it. There was no sense of panic or fear, however, and he set off deeper into the woodland.

He began to see a clearing up ahead of him and went in its direction. As he did, he suddenly noticed how there was absolute silence all around him. No birds sang, and no wind disturbed the trees. Overhead looked like a deep grey dome. Bobby would describe the atmosphere as one of an anticipated storm. The air was now bitter cold, and around him rose patches of mist.

As he finally entered the clearing, a strange swishing sound broke the silence. The branches of the trees suddenly motioned noisily, and a whistling noise steadily grew in intensity. As he scanned his surroundings, he noticed a shiny, saucer shaped object gliding downwards. It came to a rest 100' in front of him.

Three legs had stretched out from the underside of the craft, and it now rested on them in front of Bobby. A sliding type door opened, and from it, a stairway stretched down towards the ground.

Three figures emerged and came down the stairs. Each was around 5' in height and had human faces. The rest of their bodies were covered with a tight fitting, black/brown colored suit. Even their hands and faces had a transparent, black materia” over them.

Also on their faces was a strange, glass visor. Two tubes ran from this and stretched to their backs, which Bobby assumed was an air supply of some kind.

One of the beings spoke to him, but in a language that was unknown to Bobby. Sensing a lack of understanding, one of the beings produced a small box. He pressed a button on it, and a red beam fell upon Bobby for several seconds. Once it disappeared, the question came again, only this time, in English. This is an interesting detail, very similar to the detail given by Jan Siedlecki from his encounter over a decade later in Leeds, England. Also, one of the modern gadgets of 2017, was a box such as this, that although doesn't fire any red lasers, does translate languages in seconds.

The leader of the trio then stepped forward to speak to Bobby more closely.

Much of the recollection from Bobby would come several years later, but many of his claims are extremely similar to others, particularly contact accounts of that era. According to Bobby, the race the beings represented were concerned with humanity's efforts to conquer space and in doing so bringing their warmongering ways with them.

Other warnings of humanity's misuse of nuclear energy and the dangers of atomic wars would be discussed. As was the need for a complete change of mindset from humanity as a collective.

As well as these rather chilling warnings, the humanoid also gave a prediction more personal to Bobby himself. Just before going back into the craft, Bobby was told that this encounter would greatly affect your body, as well as your life. According to the leader, there were three possible outcomes that would unfold in 1963. Firstly Bobby would die because of the shock. Or he may survive the shock and lead a normal life thereafter. Or, they may return, and take him to their planet with them.

Interestingly, Bobby would suffer a heart attack in April 1963, from which he would make a full recovery. Was this the shock that the leader was referring to?

The concept of a calling and guidance, and even of predictions coming true in order to convince a witness of the authenticity of the situation, is an interesting one, particularly when viewed from the ancient astronaut perspective. Many ancient writings, for example, tell of angels or messengers, who produced visions and predictions, and acted very much in the same manner as the beings who Bobby eventually encountered.

Furthermore, these ancient accounts were not random meetings, with witnesses seemingly predetermined and purposely sought out and enticed into contact.

The images and telepathic messages would continue occasionally following the encounter. They were even witnessed by a fellow student, and Bobby's roommate, John Bingham, who would vouch for Bobby's credibility in the strongest terms. Although Bobby wouldn't discuss the telepathic messages he received, he would volunteer to John that they were of a philosophical nature.

Whether Bobby has ever acted privately on any of these messages is unknown. He did offer that many people, like himself who had such experiences, often face feelings of depression due to the futility of trying to convince others. Perhaps then, should such receivers of information need to act on these messages, they would be better doing so under the guise of another reason altogether?