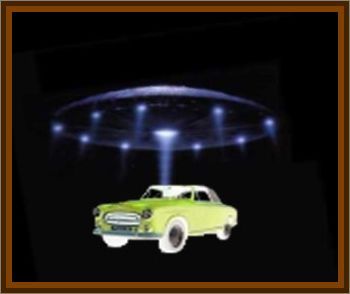 Well known Buenos Aires attorney, Dr. Geraldo Vidal, decided to attend a family get together with his wife, Mrs. Raffo de Vidal, to be held in the city of Chascomus, less than 75 miles from Buenos Aires and to the south. They left the gathering shortly before midnight and decided to drive to Maipu, a community some 95 miles south of Chascomus, as they had friends and relatives there.

Driving along national highway No. 2, they had in front of them another car, containing another couple that also had relatives in Maipu. This other family, whose name is unknown, reached Maipú without incident, but this was not the case with the Vidals, whose delay became a cause of concern for those who awaited them. Then, the other couple decided to retrace its steps along the same route in an effort to find them, but had to return to Maipú without achieving this goal or having found the slightest trace of the car or its occupants.

48 hours after the Vidals disappeared, at the home of the Rapallini family in Maipú, a phone call came in from the Argentinean consulate in Mexico City, 4000 miles away as the bird flies. In this phone call Dr. Gerardo Vidal told his friends that they were well, and gave them the exact time of his arrival at the Ezeiza International Airport in the capital of the River Plate.

The Vidals reached Ezeiza at the right time, expected by friends and relatives. Mrs. Vidal was taken directly from the airport to a private clinic, since she was in a state of nervous shock. Dr. Vidal told his relatives of the strange event that had befallen them. He said that when they were in the outskirts of Chascomus on the evening of their disappearance, a dense fog materialized suddenly before them, and from that moment onward, they were unable to account what happened to them during the next 48 hours. When they regained awareness of their surroundings, it was daytime and their car, with both of them inside, was parked along an unknown road. They had no physical injuries, but both complained of pain in the nape of the neck and had the sensation of having slept many hours.

Stunned, they stepped out of the vehicle and noticed that the paint on the chassis appeared to have suffered the effects of a blowtorch. The engine, however, worked perfectly. Putting the car in gear, they drove along the unknown road, crossing a landscape that was utterly unfamiliar. They asked several persons they found along the way and all of them told them the same thing, they were in Mexico.

Mr. & Mrs. Vidals watches had stopped, but using a calendar, they ascertained that they had been gone from Argentina for 48 hours. In due time they reached Mexico City, where they asked for the Argentinean Consulate. They retold their incredible adventure there, and the consul allowed them to make a phone call to notary Martin Rapallini in Maipú. Next, the consul, Rafael Lopez Pellegrini, asked them to remain completely silent about the case in order to allow the authorities to investigate.

Dr. Vidals car, a Peugeot 403, was shipped to the United States for research, agreeing upon the delivery of a vehicle of the same make and model, paid for by the U.S. authorities.