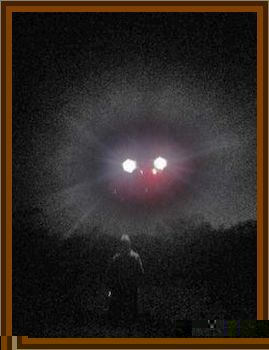 A group of Boy Scouts and their troop leaders had gone out on a hike along the coast, setting out from the Versalles district of the city. The time was 9:30 a.m., under clear, sunny skies. The 30 or so people involved had no idea that they would soon be going down in history as part of one of the Caribbean’s most intriguing cases of that decade.

Unexpectedly, shouts were heard from the scoutmasters, saying:

As the entire formation broke ranks and ran toward the beach. Impressed, they watched an object which, according to the first of that number to see it, had emerged from the sea and was balancing gently only a few feet over the surface. The object was oval shaped, although some insisted it was shaped like a top and yet others described it as a disk.

Seconds later, the glowing disk leveled off, parallel with the sea, and rose straight up at an astonishing rate of speed, vanishing into the blue in less than 15 seconds.

Once settled down, the witnesses agreed that the object was metallic in appearance and silver in color. Corroboration for the large group’s experience came from a nearby boat with two fishermen who confoundedly watched the phenomenon.

The device was wingless and between 20' and 26' in diameter, noiseless and lacking any manner of exhaust.