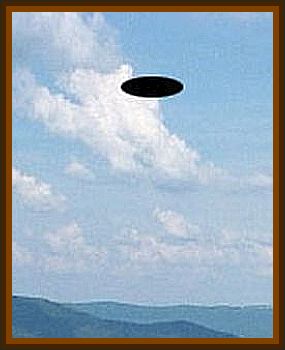 We were driving west in the afternoon into Vancouver on the #1 freeway.

And in a clear sky overhead and to the south was a black object in the oval shape of a rugby ball. It was not moving and stayed exactly where it was as we approached. It seemed to be about 2000' above the ground near our Central Park and about the size of a 747.

Many people pulled off the highway to look at it, including 2 policemen. It did not move at all and was not a balloon or kite. In retrospect, the oval shape could have been a circle shape as viewed from an angle. It seemed like the opening of a round pipe.

We rushed home expecting to hear breaking news but nothing was said about it. I can see the area from my apartment and looked with binoculars after getting home but saw nothing and wondered if my angle of view now was parallel with the shape so it would be a straight line if in fact it was a flat opening of some kind like a disk? I would love to hear what it could have been.

Please be clear about the included picture, that I used Photoshop to duplicate as close as I could to show what I saw. My wife saw it as well, and it seemed like it was in the area west of Central Park, south of Kingsway. And could have been about 1000 to 2000 feet up.

Our viewing angle was from the #1 freeway. We noticed it somewhere east of Willingdon Ave. interchange. It never appeared to be hovering, or moving at all or affected by wind or anything. It was definitely not a balloon or kite. Just solidly stationary in the sky. As if it was a flat plane of black disk, not even an edge to it. Nor did there appear to be any structure or shape to it other than the solid black disk. No light reflected off anything.

As we got just past the Willingdon exit, the traffic slowed down and we pulled to the side of the road as others did. There were even two RCMP officers stopped on a side road, on what I think might be called Clydesdale St. which leads onto Grandview Hwy at Boundary Rd., they were out of their police car looking up at it too. Other traffic had slowed. I passed by and went home, listening to the radio for reports, but there were none. I even expected the 6 p.m. news to have video. When I got home,

I live in a high rise in Vancouver and could see in that direction east, Central Park is directly in my eastern view, I got out my binoculars but could see nothing. I accounted that to the fact that I thought it was a flat object, and from my new view, it would only be a line in the sky if it was still there at all. The thought did come to mind that it could have been a circular shape, if viewed directly from below, however I never went closer to find that out.

When I told some others about it, someone suggested it could have been a black hole. I DO know what a real black hole is, but that was an apt description of what it appeared like. As if a pipe was there for some reason, and we could only see the hole in the pipe, but not the pipe itself.