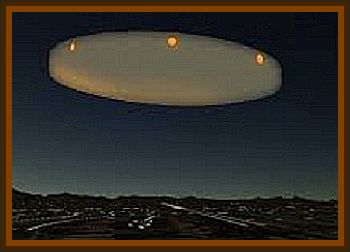 A flaming airliner, a burning satellite, an off course rocket, a comet, & a flying saucers were among the many descriptions offered for the gigantic multi colored mystery object which streaked through the Vancouver sky.

Dr. R.M. Petrie, head of the Dominion Astrophysical Observatory in Victoria, preferred the more conventional explanation of a meteor.

Frank Hughes, a scientist of North Surrey, who claimed to have observed 200 meteors declared it was the largest he had ever seen. This former member of the British Astronomical Association said it was on a 20° angle from the earth, about 10° in width, and traversed about 30° in 5 seconds. He continued:

It was glowing with a white brightness like a magnesium flare.

The different portions of it glowed with varying intensity. John Lium, a U.S. customs official, however, disagreed with the scientist’s views:

It was no meteor. It had all the appearance of being powered. It passed overhead at about 400' but didn’t make a sound.

The sighting was very well witnessed as it occurred over the heads of players and spectators at an evening baseball game between the Vancouver Mounties and the Portland Beavers from the USA. The players took to their heels and the 660 spectators, catching the panic, in the words of the Vancouver Sun Sports for May 29 churned towards the exits, half of them stopping only when they were outside the stadium.

The Vancouver Sun for May 29 carried the following account:

The fireball lit the Vancouver sky between 10:40 p.m. and 10:45 p.m. It was seen in Lewiston, ID, for about the same length of time, commencing at 10:50 p.m. Peter Ivans, 24, suffered a sprained ankle as fans headed for the exits. Downtown traffic slowed to a crawl as motorists craned their necks to see the object. An excited policeman radioed headquarters that an airliner was burning in the sky. Witnesses said it was blue/red/gold and all the colors of the rainbow. They jammed switchboards at police stations, newspaper offices, radio stations and military establishments with excited queries.

It seemed to travel in spurts as pieces of it broke off.

It flared, wobbled and burst.

Joe Kincaid said he saw the object in the southern sky at 10:50 p.m.

According to the Vancouver Province, of May 29, the object was also seen near Bowen Island and east of Ladner.

Mr. & Mrs. Hy Loomer stopped their car on Homer Street to watch it through the windscreen. They said it passed behind a hotel and reappeared. Seconds later it burnt out and disappeared. It was traveling at a fast speed.

It was in 2 sections. We watched it disintegrate into 4 pieces, then it went out. It looked like it was blocks long.

According to the Province the object was seen over a vast area.