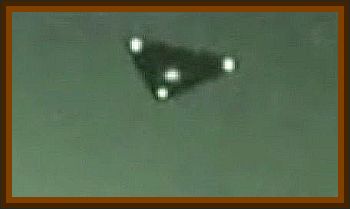 Flying triangle or unknown flying craft above the city Utrecht.

When the Air force base Soesterberg was active during the cold war, planes most of the time flew over my house or above the surrounding area to or from the base. When those planes started to land on the airfield their undercarriage extended here too. This event was during the cold war, and therefore I kept my mouth shut and almost forgot what I saw. But now I remember this event and the cold war is over.

1985 just after sunset I was stargazing in my backyard, sometimes with binoculars and I do have a telescope with which I made photos, when I saw something very dark moving across the sky. It was a triangular shaped object, dark, horizontally 90' and vertically 150' away from me, flying in the direction of the base and it made no sound at all.

I saw it for some 10 seconds. In that time there were some rumors that there were planes with anti sound and I don’t know if this object was one of those, but why flying that low and soundless?

It flew from south to north above Utrecht towards the base and if you draw a line over the point Highway A2 to Thoriumweg, next to Vleutensebrug/Vleutenseweg, and the Mill Geesina, 1853, at the Ruigenhoeksedijk which is west of the Highway A27, Groenekanseweg, northeast of Utrecht then you can see where it flew.

Triangular with sides of 12' very dark, No engines, No exhausts, No ailerons, No cockpit, No smoke trail, No flashing lights, No other lights, No lights made by the engines and no reflection of the city lights on the object.

The color look liked the color of the stealth bomber which was shot down by the Serves during the Kosovo war.I listened for a while if I could hear any sound for as the object should come to much down to gain height but there was nothing at all.

I receive from 1975 magazines on space travelling, astronomy, archaeology and geology. During that time I received a magazine from the Dutch Ministry of Defense, Herkenning, herkenning or Recognizing.