While Growing Up, I Saw Something...Unusual 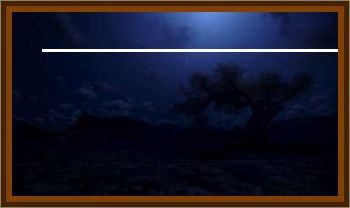 This was when they had good stuff on TV on Friday Nights. Dr. Cadaverino, Lenny's Inferno and so forth. When T.V. stations actually signed off.

This was pretty late at night, well after midnight. I was sitting on the floor watching some Friday Night SciFi movie, and looking out or living room window too. It faced north.

While looking out the window, I saw a beam of white go from east to west, It was fast, almost appeared solid state it was so fast. Nothing like a fluorescent glow. It only took a second to go from one side of our picture window to the other. The leading end was a definite squared end. From the living room it was maybe a quarter of an inch thick. I had no way to tell it's distance, I do know it passed behind a stand of trees, as they blocked the view, until it passed behind them, and became visible again. It was a pure white light.

I have no idea what it was, but I do know it wasn't anything remotely clost to a meteor. We had no laser pointers back then, So it couldn't have been a friend messing with me. Besides, the starting point would have been 2 towns away. It wasn't a weather balloon, and absolutely was not swamp gas.