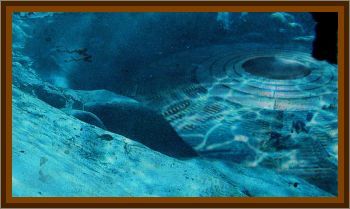 With the redoubling of USO activity that occurred shortly after the Chilean earthquake of 2010, which even included reports of tall humanoids emerging from the water. Such activity has by no means ended, judging from the following report:

The antecedents of the UFO case histories for Bajo Molle are quite old, and include luminous spheres that emerge from the sea. All of this has been confirmed by Alejandro Dvalos, who has been a privileged witness to this phenomenon.

He adds that since the area is high up, looking down on the ocean, he has seen luminous spheres under the water more than once, which would make them USOs. Furthermore, he adds that more than once he has thought, as have many local residents, that there is a base or meeting point for these lights under the sea, making these sightings even more fantastic and bizarre.

According to Alejandro Dvalos, correspondent in Iquique, sightings are ongoing and increasing in Bajo Molle, Iquique, Chile.

Dvalos hopes to conduct a watch in the area, employing specialized cameras and people interested in the phenomenon, in the hopes of creating a high-quality record of these mysterious luminous spheres that emerge from the sea.