Taken to an Underground Base 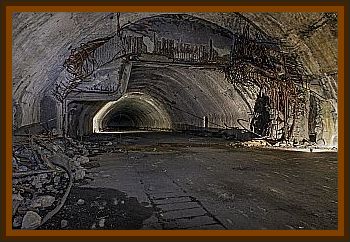 The standard abduction scenario usually involves a person being taken inside a UFO and examined by grey type extraterrestrials. But again, this scenario is not as common as many might believe. Consider the following case, in which a young man was abducted, not by grey-type ETs, but by praying-mantis-type ETs. Nor was he taken inside a UFO. In fact, he recalled being taken to an apparent underground base!

12 year old, Paul Nelson, pseudonym, was visiting the island of Catalina with his parents. Also along was Paul's best friend, Michael, pseudonym. The 2 boys decided to go inside their boat and read some new comic books. However, they both experienced an episode of missing time.

Their next memory was of waking up the next morning. While Paul was unable to convince his parents that anything unusual had happened, both Paul and his friend knew that the event was strange.

2 weeks later, Paul was alone in his Reseda, CA home when he had another strange experience. He was alone in his room when the door began to rattle. He jumped up and threw it open. To his shock, he saw the shadow of a small figure running down the hallway. He chased after it, but found nothing.

Paul didn't know how to explain these experiences and didn't connect it to the UFO phenomenon. However, afterwards he developed an interest in UFOs and began to read up on the subject.

Many years later, he grew up, married, became a doctor and had 2 children. Then he had a UFO sighting of a distant object in the daytime sky. This renewed his interest in UFOs. He began reading about the missing time aspect of UFO encounters when he realized that he had experienced missing time.

Intrigued, he eventually underwent hypnosis to recover his lost memories. Having read about UFOs, he expected to find that he had a frightening encounter, during which he would be examined by grey type aliens, aboard a UFO using highly technological equipment. Instead, it was nothing like this.

As Paul underwent the regression, his first surprise was that he was not aboard a UFO, but instead appeared to be in an underground base.

I was taken to a round walled room. It seemed to me more underground than it did onboard a ship. The walls had kind of rock like facet to them. And I was on a table. Yeah, rock like walls rather than metallic craft type walls. It gave the impression that I was in a cavern rather than in a ship. It was more of an underground feeling that's true. That is a little anomalous.

Under hypnosis, Paul recalled his friend, Michael nearby, also being examined.

His next surprise was that the beings were what he expected.

The beings weren't the typical greys, they were more the Praying Mantis type, as I later understood. The eyes were slightly bigger than what is seen in the typical small grey, and a little more insectoid like.

They wore tight fitting uniforms, I believe. There was even a color to them, but I can't remember what the color was, tight fitting jump suit like things.

I think there was one in that bunch that had a tunic type thing, more looser fitting over it. I couldn't tell how tall they were because they were over me and I was on my back. So I couldn't give you the exact height. They didn't look particularly tall though.

Yet another surprise was the type of machinery in the room. Having read a good deal about UFOs, Paul expected again to see complex equipment. Instead, it all seemed amazingly primitive.

The machines looked like typical military type computer consoles rather than alien looking machines. There were lights and buttons. Well, I don't know if they were buttons, but areas that seemed to be for pushing. Colored lights. I can't remember what color off the top of my head.

Paul recalled a very short examination, but otherwise, nothing frightening happened. Never did he feel any fear.