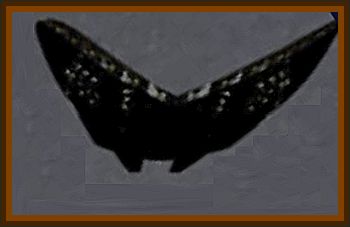 Weird events like the Pelham Georgia incident and the bizarre abduction in Paciencia Brazil were the epitome of something strange.

The weirdness seems to have reached its height with the bizarre abduction of the Chilean soldier at Pampa Lluscuma in April.

Starting in 1974, an increase of the so called close encounters of the fourth kind, abductions, were beginning to be noted.

Missing time was just around the corner. In another side attraction of the weirdness for this year, huge hairy humanoids were more frequently reported in relation to UFOs in this year more than any other on record, except for maybe 1073.

Also of interest is the incredible events in northern Brazil, thoroughly investigated by the Brazilian military under Operations Prato, Plate, and Trilha. Numerous close encounters and other anomalous events were reported at the time.

1978 was the year the bottom dropped out. As far as range and variety of incidents, 1978 led the zo's decade. All types of humanoids were reported worldwide and in all types of situations.

Bizarre incidents and abductions surfaced from Australia and New Zealand.

Reports from previously slow areas became commonplace. Strangeness was at its height. An era of change was looming, the 80's were just around the corner. In the U.S. the reports were steady and consistently of a high strangeness nature, the ominous manimal/bigfoot/para/ape connection became more evident.

A well documented possible retrieval of a dead humanoid was reported in New Jersey early on in the year, but it was only the beginning. It was an unprecedented year, it took at years to almost equal the quality and amount of reports recorded for 1978.

1979 was the end of the High Strangeness Decade, went out with a bang. A decline was noted from the almost record breaking year of 1978, but humanoid reports were still wide spread and many quite bizarre in nature.

Starting the year with the witnessed abduction of Filiberto Cardenas in Miami, and the mind boggling affair at Rowley Regis in England, humanoid encounters continued on at a steady pace, with concentrations in England,

Brazil still seemed to be the focus of several assorted types of visitors. The winds of change were approaching, the 1980's decade was upon us. Abductions were being reported with a higher frequency, and simple close encounters of the third kind, suddenly became bizarre abduction affairs. There was no taming back now.