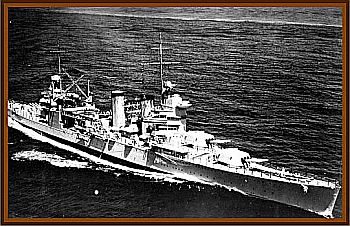 I was deployed to the western Pacific Ocean on aboard the USS Tuscaloosa LST 1187 at 12:00 noon.

I just relieved the watch on the bridge of the ship, which was the JL board, tracking board. It was a clear sunny day, the sea was calm. We were 300 NM, Nautical Miles, south east of Russia's eastern navy port of Vladivostok.

In the north Sea of Japan, we were travelling in formation with the aircraft carrier USS Midway and its battle group which consisted with approximately 30 ships. At 12:10 p.m., the USS Midway radioed us and other ships in the battle group that they were tracking 5 unknown objects moving in a V formation from the coast of Russia and the USS Midway just picked them up on their air search radar.

I notified the officer of the deck that the USS Midway was tracking unknown bogeys flying objects. The officer of the deck instructed me to call CIC, Combat Information Center, and obtain a course speed and CPA, Close Point of Approach, of the bogeys. So I called CIC to obtain the information. At 12:10 p.m. the USS Midway radioed CIC with the information and the CIC, contacted me on the JL board and stated:

We are tracking 5 unknown objects in a V formation on course 140°, speed mach 5.2, 17,500 MPH+, and CPA is 90 miles due north of our location in one minute and the objects are travelling from west to east.

I then called the lookouts on port and starboard, forward and aft, and notified them to be on lookout for 5 bogeys and I gave them a relative bearing of 270° to search the air for sightings of the unknown air objects.

CIC then radioed the USS Midway.

At 12:14 p.m. the USS Midway radioed CIC and told them, the objects vanished from radar near the islands of Japan approximately 30 seconds ago. CIC contacted me; I then relayed the information to the captain and the officer of the deck.

At 12:15 p.m., the ship's captain John D. White II told the bridge watch to remain silent about this incident. He said this is a direct order and that this incident never happened.

I have remained silent about this incident for the past 24 years. Based on analysis of this incident, many people witnessed this which involved the bridge crews on 30 ships. However we were the closest in the battle group formation to the objects than any other ship in formation. This entire incident took only approximately 5 minutes and these objects travelled almost 1000 miles in 5 minutes.

We knew immediately they were not missiles of any sort based on their incredible speed of Mach 5 plus. 17,500 MPH plus.

The lookouts on the ship were unable to get a visual sighting due to the 90 mile range away from our point. The USS Midway began tracking the bogeys just south of Vladivostok Russia which was 300 NM (nautical miles) from our position. These objects simply vanished into thin air over Japan.

Approximately 2 days later, we tied up in YokoHama, sic­Yokohama, Japan, I was watching Japanese TV. There were numerous news reports all over on every channel on TV of these UFO sightings.

This is not just a usual UFO story, this is a case where the military actually tracked 5 UFOS and all of the bridge crews which were in formation at the time with the USS Tuscaloosa LST 1187, were ordered to keep quiet on this unusual phenomenon.