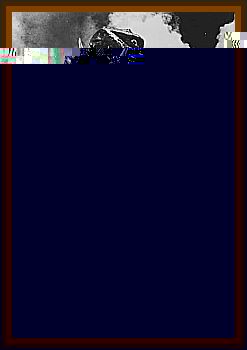 Sign painter Mr. Hiram William Griffin saw 5 turtle backed shaped objects at an estimated altitude of 5,000' to 7,500'. The objects appeared to be climbing at a fast rate of speed to the northeast. A swishing noise that seemed to sing with more or less a shrill whine was heard. The objects climbed out of sight after approximately 15 to 30 seconds.

In February of 1949, the Project SIGN Report described what the Air Force had discovered in the reports up to that time:

Group 1 - The most numerous reports indicate the daytime observation of metallic disk like objects, roughly in diameter ten times their thickness. There is some suggestion that the cross-section is asymmetrical and rather like a turtle shell. Reports agree that these objects are capable of high acceleration and velocity; they often are sighted in groups, sometimes in formation. Sometimes they flutter.

This case was explained as psychological. That is, the guy was chatty and made a model of the UFO he claimed he saw.

Dr. Josef Allen Hynek thought the Air Forces explanation out of line. He said that just because the witness was excited about his observation and was into artistic, crafty stuff, so that he could produce a model, did not disqualify him as a witness.

The Air Force investigators may have not said in more direct terms that they thought him a flake. It is an interesting case. One of the few which is found in the message traffic at the time indicating that most cases were handled by telephone calls rather than formal messages.