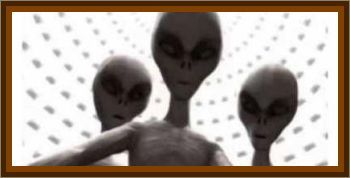 Stan Hernandez recounted a terrifying story of alien abduction he was recently told by a 48 year old trucker at a convention in Las Vegas. While speaking with fellow investigator and member of the Baltic Sea UFO Research Team, Russel Tetrault, He noticed a man eyeing them from the corner of the hotel lobby, mustering the courage to speak. When he finally gained the nerve to approach them, he tearfully spoke of his late wife, a woman he believes was the victim of an alien abduction so horrifying that it drove her to suicide.

The man, a long haul trucker by the name of Scott Murray was seeking answers, and in an effort to help Murray in his quest, Hernandez posted the following story online:

My wife, Elizabeth and I have three children, all of them out of the house and with families of their own. I am a truck driver and have been in this profession since I was 22 years old and it is something that I do enjoy, minus the time away from the family. At times, I would take the wife and kids with me, but with the new company regulations, I have not been allowed to do it.

I was in Michigan when I got a call from my wife, panicking. She couldn’t fully explain why she was so upset but she had told me that she believed that she was drugged and possibly raped. I immediately turned around and drove right home, insisting that she phone the police, but she wouldn’t. I got there and she was still a wreck and she began telling me that she thought that it may have been aliens. I didn’t know what to say, but I thought that she was just delirious.

That night, I took her to the ER and there were no signs of rape. There was an odd burn on her right shoulder. I brought her home and thought nothing of it…thinking that she must have just had a bad dream. Well, I called my boss and took the week off to stay with her. That’s when it got strange.

The next morning, I went to cut the grass and I noticed four large burn marks in the grass…all circular in formation. There was also a small burn on one of the pieces of wood in the stockade fence. The grass was black and brittle and broke in my hand. I didn’t know what to make of it. That’s when I looked up at my tree and noticed that there were leaves that were burnt but still attached and they were 20' high. It was as if a fireball had come from the sky and singed them and then somehow bounced around in my backyard. Let me say this too. I live about 2 miles away from my closest neighbor…so asking around wasn’t a practical thing to do.

My wife would go through hypnotic regression and would recall being taken to a ship in our backyard, exactly where the burn marks were and brought upon a ship where they performed several acts upon her, each more intrusive than the previous. She became a basket case and the week that I returned to work, she would end her life. I gave her a gun for protection because I was never home. I never imagined that she would turn it on herself.

I have gone everywhere I could to tell this story. I want answers. I know that you work with a lot of victims, Stan, and I’m hoping that you can get this story out there.

Many dismiss regression, but there is physical evidence. I sent the grass to the ( an un-named university )and they said that there are signs of radiation burns. Then they tell me that there was no radiation burns…like they were told to say that. I don’t know where to go. I’m incredibly depressed since my wife’s passing and don’t want her to die in vein. So, please, help me.

Hernandez claims that after holding a phone conversation with the university, they claim to have never received, nor want any evidence from the supposed landing site.

Whether you believe the story or not, it’s admittedly an unsettling tale. The question is, if Scott Murray were to want those grass samples analyzed for radiation or some other weirdness and is being denied, where else could he send them? Any ideas?