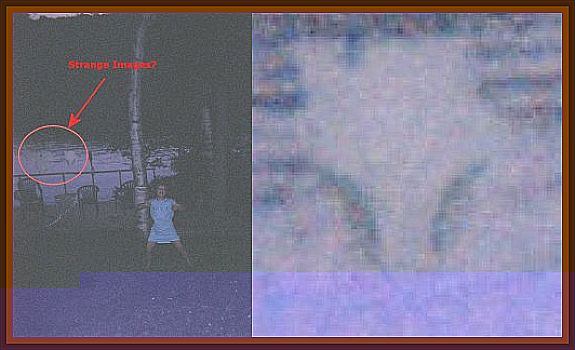 I cannot be sure of the shape nor the size considering it was initially thought to be just a regular passenger jet.

It seemed to be flying at the same altitude in the midst of all the enormous amount of stars out that night, so honestly, I cannot be certain of those details. What I do know for certain are the following details once again. The only reason my sister & I singled it out was because of the speed and the strange movements. It was fast, it was really fast.

We know how a jet moves in the night sky, this was moving at a much much much more considerable speed.

My sister’s words at that exact time were that this is going way to fast for a plane. I obviously agreed.

It moved through the sky just like a starlight leaving no light trail. It was making zigzag movements, very odd ones. The maneuvers were so strange I really don’t know how to explain it. But as I stated initially it at one point made a complete 180° turn and flew faster then our eyes could follow it. It jetted to the northeast and disappeared as quickly as it appeared to us.

I have to explain something here, my sister & I are very well respected individuals and are quite sane.

The incident of that night lies clearly in our memories. We spent the rest of our vacation in the night air glaring at the sky hoping to have another encounter. My sister is a well respected Toronto Police officer and I work for a law firm. This experience has been bothering me in a way. I had to share it. I know the details are vague but they are true there is no doubt in our minds that we witnessed something very strange and unexplainable to us.

You may recall, I sent you a UFO report sighting you have it dated July 2, 2005 regarding my sister and I witnessing an unexplainable light in the sky when we were vacationing in Trout Lake, Canada. Well, I got my pictures back from that family vacation sir, I have attached one in particular to this email. Because that experience spooked me so. I made an extra effort to take a careful look at each of my photographs taken with a very inexpensive junky disposable camera. I found something very strange in the photograph I am sending you and wonder if you could please have someone take a look at it on a professional basis because it really is very odd, especially considering it was taken on or about the night of the sighting. It is a picture of my niece just standing by a tree by Trout lake.

If you look behind her to the left you will see not only a very strange kind of colorful trail of light but also beyond that there is a very strange pattern 2 to 3 almost figure like shapes where there should be the lake.

There almost in the shape of a seahorses head. They take up space where normally the water pattern would be if you know what I mean. I examined the rest of my photos immediately. After that one thinking maybe it was dampness, or droplets of water, or something on the lens, but no nothing. Every other picture in that frame moment held no abnormalities. I just think this is a very weird photograph and given the circumstances of the sighting my sister and I shared, I believe that this is worth a photo expert. Don’t wish to waste your time, but I have an odd feeling about this photo. Sincerely, hope I could have your professional opinion on this. Again, thank you.

The witnesses sound to be credible. One of the witnesses is a police officer. While profession does not guarantee that a sighting is authentic it does indicate that credible people see incredible things. Considering that this sighting was at night and the object, lights, were quite distant it makes explanations difficult. For this reason I cannot identify this sighting. Given the characteristics described by the witnesses it doesn’t sound like any conventional object.

She said that the photo of her niece was taken on the same night as the light sighting. She pointed out the strange images to the left of her niece in the photo. She did not see anything unusual when taking the photo. She also noticed no other anomalies in the other photos taken in the same photo session. This indicates that the images were probably not due to problems with the camera. What are these images?

Certainly the one image resembles a gray alien and other looks like a horse head. I need to obtain more information about the photo.

If possible, I will try to obtain the original negatives. Although the images in the photo are intriguing, I have no evidence of any connection between these images and the lights sighting.